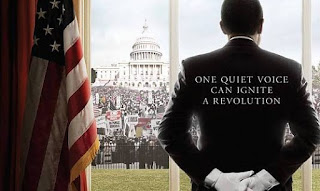 Spent the afternoon Saturday watching The Butler with my family. The movie is about a black butler who served in the White House in the mid-20th century, and about his experience of racism, most brutally as a child of a sharecropper family in Georgia when he saw his father murdered by a white man who had just raped his mother. It's a good movie--highly recommended.

Thinking about the racism it depicts, I am reminded of one of the most unjust and bizarre aspects of our nation's disgraceful racial past (and to some extent, present).

We Americans are excoriated for our racism as a nation, in many ways justifiably, but not all Americans are equally responsible for our national original sin.

All of the ugliest facets of our racist history--slavery, Jim Crow, the KKK, segregation, lynching, suppression of black voters--were formal policies of the Democrat Party. This is never noted candidly in our discussion of our past--when was the last time you heard a movie or a newscast or any commentator pointing out that America's racism is really the Democrat Party's racism.

And of course the Democrats are still racists, broadly speaking. Racism is the fuel that drives Democrat politics--race-baiting, to be more specific, which is simply a form of racism. Democrats desperately gin up fear and hate over Trayvon Martin, or Ferguson, or Baltimore. They need to keep hate and fear alive. They need the votes.

If racial hate and fear were to disappear in America, the Democrat Party would never win another national election, and would win few local elections.

The history of racism in America is more or less the history of the Democrat Party.
Posted by mregnor at 3:20 PM