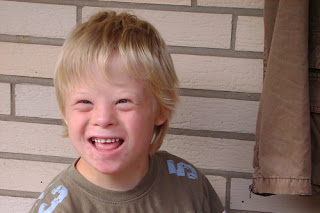 From Mark W. Leach at Mercatornet:

By the year 2030, Denmark will become Down syndrome-free. If this happens, the landmark elimination of this minority group will be due to the introduction of a national prenatal testing program in 2004. The number of DS births halved in 2005 and has dropped by 13 percent every year since then. Niels Uldbjerg, professor of gynaecology and obstetrics at the University of Aarhus, told the Copenhagen Post that this is a “tremendously great accomplishment”.

But is it? Or is it a form of latter-day eugenics?

Although the United States is far bigger and more diverse than Denmark, the development of non-invasive prenatal diagnosis (NIPD) could make Down syndrome births a rarity there as well. Normally, they account for about 1 birth in 691. But when statistics show that when pregnant women are diagnosed with a DS child, as many as 90 percent terminate it.

In my own medical practice, the only children I see with handicaps that can be prenatally diagnosed are born to religious families or to poor women who don't get pre-natal screening.  These diseases-- spina bifida, Down's syndrome, congenital hydrocephalus-- aren't being cured. Children with them are being diagnosed in the womb and are being aborted.

Up until now, diagnostic techniques have been invasive and carried a risk of miscarrying the child. A good number of women refuse the testing and some give birth to DS children. But with non-invasive screening, the risk disappears. More women will have the test and nearly all DS children will be aborted.

Some consider this eugenics.(1) Eugenics – selecting people based on genetics out of a belief that it improves the human race – has been taboo since the compulsory sterilization laws in Germany under the Nazis. These evolved into the euthanasia of the disabled and were a precursor to the Holocaust. While no one is predicting government-mandated breeding policies, many people are worried that NIPD is ushering in an era of privatized eugenics.

The reality, though, is different. Many women are too scared to say No to testing and then to an abortion. Doctors admit to being poorly trained in counseling their patients and to even urging them to terminate.(6) There are too few genetic counselors for current prenatal testing programs. When NIPD arrives many more will be needed. Older diagnostic systems are invasive and women risk miscarrying. So “risk-free” diagnosis will be far more popular.

There are other problems. Doctors do not provide educational materials to their patients, nor do they discuss the third option of adoption following a diagnosis. It’s not surprising, then, that mothers say that prenatal testing makes them anxious, regardless of the test results. A significant number believe that their decision was inconsistent with their values. Sure, there’s no compulsion. But there is heavy-handed social pressure.

I have seen considerable pressure applied to women to abort handicapped children. The pressure is generally indirect, but intense. Requests for meetings with teams of doctors to discuss "the next step", unrealistically negative predictions of the child's outcome, and simple referrals to abortion clinics without the family's request for such information are common. I have had several women who kept their babies tell me of intense pressure from the medical profession to abort.

Commercial interests also stand to benefit from the introduction of NIPD. In the US, the National Institutes for Health (NIH) funded the confirmation of nuchal translucency as a first-trimester screening test for Down syndrome with millions of public dollars. Just this year the NIH granted a private laboratory US$2 million for its efforts at developing NIPD, in addition to private funding. In Europe, a multi-national consortium is supporting the Orwellian-named SAFE project: Special Non-Invasive Advances in Fetal and Neonatal Evaluation.

In[m1] many countries, prenatal testing for DS is funded by taxpayers. Governments justify funding prenatal testing based on a claimed benefit that fewer children with Down syndrome mean more healthcare dollars for other people. Not surprisingly, because the patient does not have to pay the cost, there are more tests and more terminations.

Supporters of public funding argue that it is cheaper to offer subsidized prenatal testing and abortions than to pay the medical bills of a child with Down syndrome. Governments, therefore, are involved in a program intended to reduce the number of lives with DS. The new eugenics looks a lot like the old eugenics.

Following the money, and what it funds and what it does not, reveals that the current administration of prenatal testing for DS appears much more like the old eugenics that the civilized world pledged would happen “never again.” As a woman with a child with Down syndrome told a Danish newspaper, “We should not have an ethnic cleansing type of situation, which this resembles. They are going after one specific handicap. What’s next? Will it be children with diabetes who will be rejected?”

The eugenics of the first half of the 20th century was an ugly affair. The Nazi fulfillment of eugenic dreams-- the T4 program in which a quarter of a million handicapped people were exterminated in Germany-- so horrified the public that by mid-century few dared to advocate eugenics by name.

In the mid-1950's, American eugenicist Fredrick Osborn proposed a change from negative eugenics to positive eugenics. He proposed the motto "Every Child a Wanted Child"-- a motto adopted by Planned Parenthood.

Osborn was a tactical genius, and is probably responsible, more than any other man, for the deeply eugenic culture in which we live today.

The idea that any person-- let alone a physician-- could describe the extermination before birth of all children with a particular handicap as a "tremendously great accomplishment" should send chills up our collective spine. The fact that it doesn't, the fact that many otherwise decent people agree that such extermination is an "accomplishment", is evidence for the growing depravity of our culture.

The depravity of eugenics is traceable to the materialist/Darwinian understanding of man. If  we are just evolved animals, then a little culling and selective breeding is just good husbandry.

Eugenics is a deep sickness on mankind. Only the recognition that we are spiritual as well as material-- that we are created in the image of God-- can turn this brutal tide.
Posted by mregnor at 6:00 AM