"She is here because the world was created to receive her" 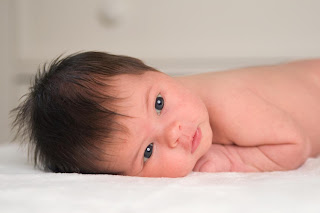 The Earth is a Nursery


Last weekend, I went to Boston to meet with some college friends. I realized, to my shock, that it had been nearly twenty years since we first met each other. We go for months at a time without doing more than liking each other's baby snapshots on Facebook, but whenever we do meet, we just pick up where we left off. The only difference was that, when we first started meeting in Boston as new college graduates, we went bar hopping. This time, we met for lunch at a sit-down restaurant, and one of my friends asked the waitress if she could turn the music down. Nobody had more than one drink, because we had to drive home; and we talked less about concerts and guys and weddings, and more about dealing with high school guidance counselors, and whether or not we were planning to dye away the gray.

And two of us had babies with us. This isn't especially notable, for our Catholic crowd. But as we sat chatting and sipping iced coffee in Harvard Square, people stopped to stare. Literally every five minutes or so, someone would remark or exclaim over the babies. And the babies were very cute; that's indisputable.

But after a while, we started to glance at each other in bafflement. We're used to people saying, "Oh, what a cute baby!" We are not used to everyone stopping to say it, and to marvel that there are not one, but two -- two! -- babies in a group of five women. A policeman in a cruiser even pulled over, rolled down his window, and said, "Whoa, I didn't know this was the nursery!"

We smiled and laughed, but after he pulled away, the mother of the younger baby looked around our group, whispering a headcount to herself. ". . . Seventeen, eighteen, nineteen . . . " she said. "Should I run after him and tell him that, among us, we have twenty more kids at home?"

It was a lovely day, and I talked myself hoarse, and went home feeling grateful to have such good friends to visit, and such a big, happy family to come home to. But I couldn't help thinking of some of the stories my friends had told. In Harvard Square, it was all coos and admiration for the two pretty little babies who were just learning to try to grab Mama's coffee cup away.

But back home, when our family is out in full force, I've had a woman hold a door for my double stroller and hiss, "You have too many children." My friends have been lectured in their church parking lots about their irresponsible breeding behavior. They've been glared at for the high crime of bringing children into a supermarket. People get up and change seats with a groan of disgust when we come into a waiting room, as if the pretty little toddler in sandals and a sundress is covered in oozing sores. That phrase kept coming back to me: "I didn't know this was the nursery!" It's true. Nobody knows. People think you have to have a special reason to have a child (or another child, or another child) when you're married. People think the earth is some discrete entity that was rolling along in space just fine until these foul, pestilent humans barged in out of nothingness and started -- ugh -- reproducing, of all things.

In a way, the distaste children is easy to deal with. It's so obvious that only bad guys hate babies. But what tears my heart is the people who reach out in wonder and astonishment at a baby, as if she's a novelty, something lovely and exotic, a precious, aberrant artifact that they're drawn to and long for, but cannot understand. A baby is a sweet hallucination, something you enjoy before coming to your senses and getting back to your real life.

But babies are real life. The earth is a nursery. Of course it is. And we're called to clean up after ourselves, and not be wasteful and not wreck the place up. (Most of the big families I know live in such a way, because of their size, that their carbon footprint is the same or smaller than the average two-child American family; and when the children grow up and move out, they tend to live the same way.) But the only reason it's here -- the only reason it's in the Goldilocks Zone, which makes it possible for a planet to support life, is so that it can support life. It wants to support life. Why else would a planet exist? It's here so that people can live on it.

You married couples, have a baby if you can! Have another one. Don't be afraid. I know -- believe me, I know! -- that the circumstances are not always ideal. But I'm getting gray hairs. I'm looking at the end of my fertile years, and I'm telling you that the window for having children is actually pretty small. Don't be a fool. Don't join the crowd that looks in astonishment at a little baby, wondering why she is here.

She is here because the world was created to receive her.


God created the universe for us.

I know that strikes our modern secular sophists as embarrassingly anthropocentric, but truth is truth, however unfashionable. Children are not impositions on our lives, nor are they fashion accessories, as some Hollywood folks who collect them from far-away lands seem to believe.

Children are the reason for creation. They are tangible manifestations of God's love. The Catholic Church understands this, and has taught it for two millennia. The family is the image of the Trinity-- father, mother, and children, and the love between a man and a woman gives rise to a child-- a person-- just as the love between Father and Son gives rise to the Holy Spirit-- a Person.

One of the chief-est manifestations of the sickness of our modern culture is our denigration of children. We abort them in genocidal numbers, and if they are born we tear apart their families in divorce and out-of-wedlock births and when they grow up we render them sterile with government-provided drugs and warn them not to make others like themselves, lest they pollute the earth.

But those are lies. We are each created in His image, and each child conceived is a blessing.

We are here because the world was created to receive us.