From the Daily Caller:


Pinterest user Emily Pattinson has been uploading photos to the “Real Taylor Swift Quotes” board of the country singer emblazoned with Adolf Hitler’s most uplifting quotes on the human experience and attributing the quotes to Swift, BuzzFeed first noted. (Pinterest, for those of you who aren’t 24-year-old Mormon mommy bloggers, is an image-sharing site where [mostly] women upload “inspiration” boards, much like a middle-schooler’s bulletin board.)

The Taylor Swift board has been up for nearly two months, and the photos have been “repinned” hundreds of times. But nobody noticed that these actually aren’t Real Taylor Swift Quotes, but are actually things said by one of the most evil people in all of human history. 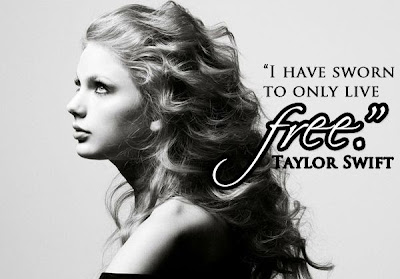