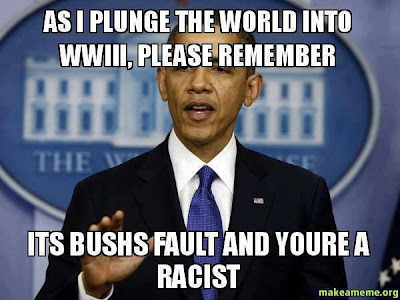 Here are some suggestions for the Nobel Peace Prize Laureate as to how he can step back from his Red Line in the Sand:

1) Offer the Assad government an exemption from the Red Line, like the exemptions from Obamacare that you gave to unions and corporations that contributed to your campaign.

3) Declare that killing Syrians isn't a violation of the Red Line, because if you had a son, he wouldn't look like a Syrian.

5) Arrest someone who made a YouTube video and blame him for the whole thing.