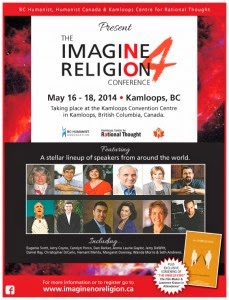 Jerry Coyne is at the Imagine No Religion 4 meeting.

Why just imagine atheism? Hold the 'Imagine No Religion 5' meeting in Poyngyang next year, and get a taste of the real thing.

And for INR 6, why not hold the meeting at a Siberian Gulag. INR 7-- rent Cambodia's Killing Fields.

Why just imagine atheism, when we've had so much of it?
Posted by mregnor at 6:00 AM