From Dalina Castellanos at Nation Now: 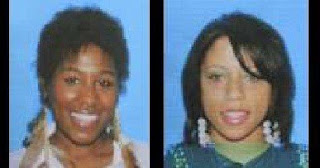 Five men were charged with murder Saturday in the abduction, torture and killing of two Michigan women.

The victims -- 18-year-old Abreeya Brown and 22-year-old Ashley Conaway -- were taken Feb. 28 from their home in Hamtramck at gunpoint and were stuffed in the trunk of a car, Wayne County Prosecutor Kym Worthy said in a statement Saturday.

The young women were found March 25 in a shallow grave in a wooded area of northwest Detroit, both bound and shot in the head.

The five charged with their murder, all from Detroit, are Brandon Cain, 26, Miguel Rodriguez, 24, Reginald Brown, 24, Jeremy Brown, 19, and Brian Lee, 25.
Neither of the suspects named Brown are related to victim Abreeya Brown.
Worthy said the homicides appeared connected to a Feb. 8 incident in which Abreeya Brown went to pick Conaway up at Cain’s Detroit home around 2 a.m. Earlier, Conaway and Cain had been at a topless bar.

As the women prepared to leave Cain’s home, Cain threatened to have his friend shoot at the car if the women left; he allegedly told the friend to shoot Abreeya Brown first, the Detroit Free Press reported.

Police reports said Conaway switched seats with Brown because Brown was too shaken by Cain's threats to move.

Conaway drove away as bullets shattered the car’s rear window, and one hit her in the back of the head. Conaway was treated at a hospital, and reported the incident to police.

“This case represents many of our fears when it comes to vital witnesses in a case,” Worthy said in the statement. “These women were heroic. They refused to relent and let these defendants deter them from continuing on with their previous case, and they paid with their lives.”

The night the women were abducted, Abreeya Brown’s stepfather, Major Chatman, heard a commotion at about 10 p.m. and ran downstairs to see the two women being pulled out of his house.

“I snatched the door open ... I saw a man standing in the street with a gun and I saw someone dragging Abreeya out of the corner of my eye." the Free Press reported Chatman as saying.

He said he exchanged gunfire with Cain as Abreeya Brown and Conaway were thrown in the car and driven away.

After police arrived at Chatman’s house, Brown called from her cellphone and told him she was in the trunk of a car. She was never heard from again.

The five men are charged with two counts of first-degree premeditated murder and two counts of felony murder, which are both punishable with life in prison without parole, Hamtramck police said.

What do you think the chances are that the National Action Network or The Nation of Islam or Rainbow/PUSH will stage marches demanding justice for these young women? Do you think the legacy media-- NBC, CBS, ABC, CNN, the New York Times, etc. will devote even one-hundredth of the time and electrons and paper to this savage crime as it did to the killing of Trayvon Martin?

Of course not. There's no racial angle here. There is no race-hate to stoke, no press conferences to be had, no national media exposure, not Nielson ratings to boost. The accused killers aren't the right race. Nothing to see here. Move along...

Most murders of blacks in America cause no stir. This indifference, this double-standard, this implicit assertion that the murder of black people is only worth outrage if the killer is white and racial animosity can be whipped up and ridden for money or for publicity or for ratings, is the most vile racism.

Thousands of people-- black and white and every color-- should be marching peacefully to demand an end to this carnage. Every murder is a horror, not just the murders that serve the craven ends of others.

Please pray for these young women, and for their families, and for real justice and peace.