Atheists in mourning around the world 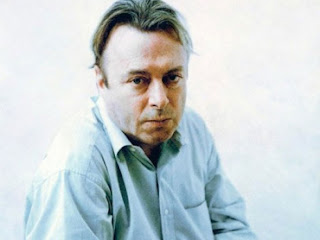 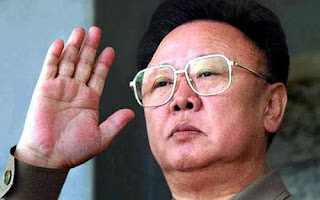 (Dissociated Press) The worldwide atheist community is reeling from the deaths of two atheist icons.

Each man represented to millions of adoring atheists the incarnation of atheist integrity and wisdom.

Many Christians have asked the obvious question: how is it that two men so apparently different in their political views could share the same core metaphysical view? What is it that links Hitchens to Kim? How is it, this reporter wondered, that sectors of the atheist community can embrace such different opinions on political liberty?

So this reporter traveled to the Madison, Wisconsin headquarters of the Freedom From Christianity and Stuff We Don't Like Foundation. I was ushered in to meet Mr. Reale Dupe, prominent atheist and the executive director of FFCSWDLF.

I asked him: what is atheism? What do atheists really believe? How can the belief that God does not exist give rise to such extraordinary and different individuals?


Atheism is the belief that the universe has no purpose, and that moral law is mere subjective opinion. It can accommodate any viewpoint-- libertarian, totalitarian, or anything in between. Hitchens and Kim are-- I mean were-- members of the club in equal standing. Heck, Hitch was a Trotskyite, don't forget. He loved the thug. And Hitch was a libertarian, too. Kim was the hero of his people. And the butcher of his people. And a servant of his nation. And a delusional autocrat with a golf handicap of 38-under-par who didn't defecate. No contradiction. Atheism denies meaning in the world and denies objective standards of right or wrong. No consistency required. The door to the atheist clubhouse is wide open. Being godless means never having to apologize, in the end. Not even to yourself.

But surely, this reporter asked, the denial of God entails certain conclusions. It has some characteristics of an ideology-- there is no objective moral law, there is no ultimate accountability, there is no ultimate purpose in life, human beings are not qualitatively different from lower animals. It would seem that atheism means a lot, ideologically.


We atheists believe that atheism isn't itself an ideology, but it is consistent with all sorts of ideologies. Consumerism, totalitarianism, nihilism, as well as democracy and political liberty.

I can understand how atheism is consistent with consumerism, totalitarianism, and nihilism, I said. If one denies ultimate purpose in life, gluttony, power, and despair are logical pursuits.

But how is atheism consistent with democracy and  political liberty? Don't these ideals presuppose human rights that transcend mere human opinion, which atheism denies? Human rights are endowed by a Source higher than man, or they're not really rights, but merely things permitted to men by men.

OK, we'll go on to the next question. Isn't the assertion that there is no transcendent right or wrong an ideology in itself, and a dangerous one at that?


Our ideology is... any ideology. Whatever floats your boat. You choose. Atheism's a big tent. Christopher Hitchens, Marquis de Sade, Michael Ruse, Kim Jung Il, Woody Allen, Stalin, Jodie Foster, Pol Pot, Katharine Hepburn. A human animal doing whatever it wants in a universe without purpose leaves a lot of room for creativity. It's part of the vitality of atheism.

So atheism is freedom?

But people want different things, and often the same thing that all can't have. Doesn't the atheist kind of liberty presuppose a hierarchy of power?

Sure. Freedom is slavery, so to speak. No rules, 'cept the ones I make, if I can.

Dupe brought his hands together as if to pray, then laughed and put his hand on my shoulder.

Don't like my rules? Who ya' gonna complain to?

He showed me to the door.

He had a wake to attend, he said. He did not say if it was for Hitchens or for Kim, and did not act as if it mattered.