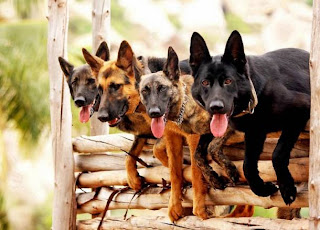 It seems that we can finally add zoophilia to the growing list of alternatesex rights emerging in our culture. And in the military, no less. LGBT-Z Rights!

From Timothy Whiteman of the Wilmington Political Buzz Examiner:

The Associated Press (via the Boston Globe) is reporting that the Democratic-controlled US Senate has passed the $662 billion 2012 NDAA (National Defense Authorization Act).

The NDAA covers everything from jet strike fighters to housing for military families.

It also de-criminalizes both sodomy and bestiality.

In a press release from the US Senate Committee on the Armed Services (Chairman - Sen. Carl Levin, D-MI) from June 17, 2011, under the Military Personnel Policy section (page 9), it clearly states that the Committee has added to the Fiscal Year 2012 NDAA the following;

Also repeals Article 125 of the UCMJ, relating to the offense of sodomy.

The Library of Congress has recorded and saved for posterity every letter and number associated Senate bill, S. 1867. Specifically;

(d) Repeal of Sodomy Article- Section 925 of such title (article 125 of the Uniform Code of Military Justice) is repealed.

On an official US Air Force website, Article 125 of the UCMJ (Uniform Code of Military Justice) formerly prohibited both sodomy and bestiality.

(a) Any person subject to this chapter who engages in unnatural carnal copulation with another person of the same or opposite sex or with an animal is guilty of sodomy. Penetration , however slight, is sufficient to complete the offense.

(b) Any person found guilty of sodomy shall be punished as a court-martial may direct.

The official website for the US Senate has listed by name the 93-7 vote in favor of the NDAA.

Gay activists will no doubt explain that this expansion of "rights" has nothing whatsoever to do with traditionalist arguments that legalizing gay marriage will open the doors to all manner of legal sexual unions.

Just because the military has permitted soldiers to have sex with animals doesn't mean that these soldiers and their pet-amours will ultimately be permitted to sanctify their love with legal recognition as marriage.

Unlike gay marriage, interspecies marriage would be to place a legal imprimatur on an unnatural union.

Welcome to pagan wonderland.
Posted by mregnor at 6:00 AM