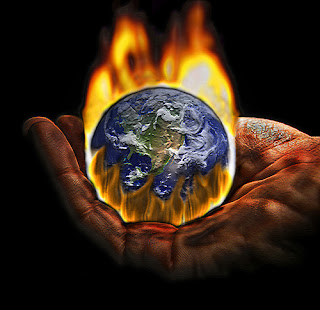 
The Climate Cataclysm Is Not Nigh

“We have some room to breathe,” a scientist reports.

In 1783, William Pitt warned the British Parliament about the dangers of those who would reflexively employ “necessity” as an argument in favor of their preferences. “Necessity,” Pitt exclaimed, “is the plea for every infringement of human freedom. It is the argument of tyrants; it is the creed of slaves!” These are wise words indeed. But in a purely Machiavellian sense, the tactic is also a risky one. Those who shout “or else!” tend to be left in the role of the boy who cried wolf if their apocalypse fails to turn up on time.

The environmental Left has long neglected Pitt’s admonition and is starting to pay the price. Having careered wantonly from “global cooling” to “global warming” to “climate change,” the greenies eventually settled on the rather dramatic “global climate chaos,” a neatly eschatological term that has the delicious benefit of being so vague as to be unfalsifiable. For years now we have been told that this week, or month, or year — or conference, or junket — is our last chance to save the world.

Such an approach is rapidly losing its efficacy. What the global downturn has done for prioritization, science is doing for perspective. Enter Andreas Schmittner, a professor at the College of Earth, Ocean, and Atmospheric Sciences at Oregon State University. Schmittner headed up a major study recently published in Science and funded by the U.S. National Science Foundation, which baldly concludes that the sort of doomsday scenario readily thrown around by the scaremongers is simply not rooted in reality...

By painting Armageddon as the price of inaction, the green lobby has sought to achieve two goals. First, focusing in on an extreme scenario allowed advocates more effectively to play the we-should-do-something-just-in-case card. Second, with all nuance removed from the discussion, even the slightest evidence in favor of an anthropogenic contribution to climate fluctuations could be tied to eschatological imagery, and “climate moderates” could be portrayed as being just as complicit in bringing about the end of the world as the evil deniers. “Necessity” would thus become the mother of intervention.

“The whole aim of practical politics,” wrote H. L. Mencken, “is to keep the populace alarmed (and hence clamorous to be led to safety) by menacing it with an endless series of hobgoblins, all of them imaginary.” It is still a matter of debate whether there are any hobgoblins at all (the very existence of a “consensus” is rendered comical, given the existence of new papers such as Schmittner’s), but if they do exist, the tallest among them are disappearing at a rate of knots.

As they go, we must insist that so too do the invitations to be led to safety, for without necessity we have no reason to be slaves.

Please read the whole thing. Cooke discusses the study, and points out that the invocation of impending catastrophe unless you do exactly what the Cassandras say-- which invariably involves empowering and enriching the Cassandras-- is the oldest political trick in the book, and is usually a lie.
Posted by mregnor at 6:00 AM