Chesterton: Why I am a Catholic 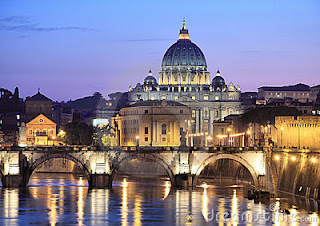 G.K. Chesterton, from The Catholic Thing:

Why I am a Catholic

Nine out of ten of what we call new ideas are simply old mistakes. The Catholic Church has for one of her chief duties that of preventing people from making those old mistakes; from making them over and over again forever, as people always do if they are left to themselves. The truth about the Catholic attitude towards heresy, or as some would say, towards liberty, can best be expressed perhaps by the metaphor of a map. The Catholic Church carries a sort of map of the mind which looks like the map of a maze, but which is in fact a guide to the maze. It has been compiled from knowledge which, even considered as human knowledge, is quite without any human parallel.

One of the things that drew me to the Church is the depth of the wisdom of its Magisterium. The sublimity of its teachings is astonishing. It is a tapestry of wisdom-- the sacramental nature of marriage, the unalienable worth of every human being, the mystery of the Incarnation, the sagacity of its ethical teachings.

The Church is a map to a maze, a map to life, and a way through life to genuine freedom.
Posted by mregnor at 6:00 AM