Just when you thought she couldn't get any worse... 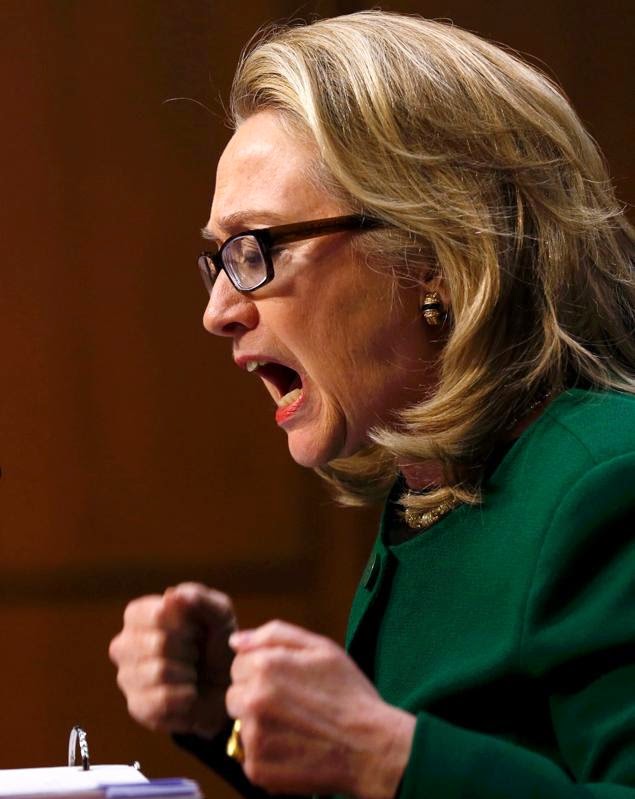 
from 2011 through early 2013, the Clinton State Department repeatedly rejected efforts to designate Boko Haram as a terrorist organization. In recent weeks, the group has exploded onto the world stage by kidnapping more than 250 girls at a Nigerian boarding school.

It is so clearly and vividly a terrorist organization that it seems indefensible that the State Department would have refused to designate it as such.


All of the usual excuses will be offered: just a judgement call, not all information was available, what difference does it make now, etc.

Another explanation is obvious, but won't be pursued, unfortunately. I think it's the most likely explanation.

The Clintons are a crime family, like the Gambinos, only more violent and less ethical. They have deep ties to international gangsters. Hillary's body servant has intimate blood ties to the Muslim Brotherhood.

Hillary's tenure at State has not been a disaster for everyone. The Muslim Brotherhood has prospered, and radical Islamists (ya' know, the kind with the unlimited untraceable funds who have close relatives  in Hillary's bedroom) have done very well under Hillary's watch.

Perhaps Boko Haram was kept off the terrorism list for reasons unrelated to their exemplary behavior.

Wouldn't you love to have the Clinton's banking records during Hillary's tenure as Secretary of State, when she presided over one victory after another of oil-rich Muslim terrorists?

Will we find out the truth here? Dream on. This is America 2014. The government knows everything about you, not the other way around.
Posted by mregnor at 6:00 AM