Justice Ginsburg: abortion was for babies "that we don't want to have too many of" 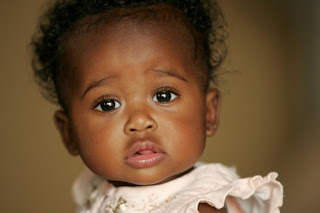 [Question by reporter]: Are you talking about the distances women have to travel because in parts of the country, abortion is essentially unavailable, because there are so few doctors and clinics that do the procedure? And also, the lack of Medicaid for abortions for poor women?

JUSTICE GINSBURG: Yes, the ruling about that surprised me. [Harris v. McRae — in 1980 the court upheld the Hyde Amendment, which forbids the use of Medicaid for abortions.] Frankly I had thought that at the time Roe was decided, there was concern about population growth and particularly growth in populations that we don’t want to have too many of. So that Roe was going to be then set up for Medicaid funding for abortion. Which some people felt would risk coercing women into having abortions when they didn’t really want them. But when the court decided McRae, the case came out the other way. And then I realized that my perception of it had been altogether wrong. [emphasis mine]


The McRae case was decided in 1980. So for at least seven years after Roe v. Wade, future Justice Ginsburg was untroubled by her knowledge that abortion was a strategy for eliminating certain kinds of people.

In case you were wondering what Ginsburg was doing in the 1970's, in 1972 she co-founded the Women's Rights Project at the ACLU. In 1973, she became the ACLU's General Counsel, where she remained until she was appointed to the federal bench in 1980.

During the time she was the ACLU's General Counsel, by her own admission, she believed that the purpose for Roe vrs Wade-- which she passionately supported and still supports-- was to eliminate certain kinds of people by abortion.

What kind of people, pray tell, did Ginsburg have in mind? (see above)

Since 1973, black children have been aborted at a rate twice that of whites. Planned Parenthood preferentially sites their abortion mills in minority neighborhoods, and PP accepts contributions designated to prevent the birth of black babies. From a telephone sting by Lila Rose's Live Action:

The donor and a representative of New Mexico Planned Parenthood were recorded as saying:

Donor: "I really face trouble with affirmative action. I don't want my kids to be disadvantaged ..."

Donor: "... against blacks in college. The less black kids out there the better."

Planned Parenthood representative: "Yeah, yeah, it's a strange time to be sure."

Rose claimed that Planned Parenthood development officials in all seven states that her group contacted gave similar responses and were encouraging donations that were limited to funding only abortions for black women.

A spokeswoman for Planned Parenthood wrote FOX News that the group questioned the “authenticity of elements of these edited tapes” and added that Planned Parenthood had expanded its employee training program so that employees understand that “our organization helps all individuals — regardless of gender, race, or sexual orientation.”

'Expanding the training program' is an admission of the authenticity of the tapes.

Justice Ginsburg admits that she knew for years that the abortion movement is motivated by desire to limit 'population growth' of blacks, and remained silent.
Posted by mregnor at 6:00 AM