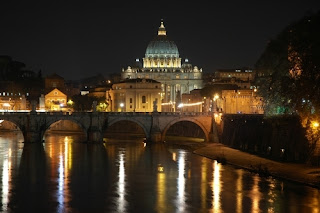 What the church’s critics, especially those now giddily wondering if Pope Benedict’s successor will shake things up, just don’t seem to understand, is that church teachings on these issues are unchangeable.

Even if we entertain the human possibility of a rogue pope, the reality is such a thing is currently sociologically impossible. About half of the current College of Cardinals (the men who will select the next pope) were appointed by Blessed Pope John Paul II. The other half were put there by Pope Benedict XVI. As you can imagine, they are all orthodox, or faithful to church teaching. On everything.

While most editorial pages have spent the last eight years harping on Catholic social teaching and running hit pieces on bishops and the pope, Benedict has been filling the ranks with shepherds who will continue the church’s 2,000-plus year tradition of holding firm on the most important social issues.

And not only will the church remain orthodox with Pope Benedict’s successor, it should.

Our call to live counter-culturally is as old as the church itself. We believe in a God who lived among us, died for us, and showed us the way to live lives of courage and conviction–whatever our culture. Catholics are called, yes, to engage with the society around them, but not to adapt ourselves to the popular sentiments of our time. Instead, Catholics are called to live in radical service to our God. This includes loving our neighbor as ourselves. This also includes letting go of pleasure as the path to happiness (spoiler: it’s not). There’s nothing modern –or moderate –about that.


Beautifully said. The Church teaches eternal truth, not the tyrannical fads of modernity. The Church is the foundation of Western culture-- the best of it-- and at the same time it is profoundly counter-cultural, a redoubt of resistance.
Posted by mregnor at 6:00 AM