Dictator worship is a hallmark of state atheism, and is the antithesis of theocracy. 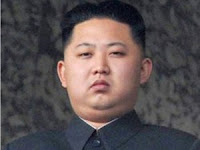 Jerry Coyne has a pretty low opinion of North Korea:

It’s a terrible state—the worst dictatorship in the world—and the citizens are best described as “starved prisoners.” Brainwashed from birth, forbidden to access the internet or news from other countries, many must surely swallow the propaganda forced down their throats daily, which makes them think that they are indeed a blessed people, that Kim Jong Un is a god, and that other countries, particularly the U.S., is constantly plotting to nuke them...

The state is in many ways a theocracy, with its three last leaders seen as gods. Indeed, Kim il-Sung, who died in 1994, is still considered the country’s “eternal president,” and there are many miracle stories attending his birth, like birds singing his praises.


Sorry, Jerry. Believing crazy things about your atheist dictator doesn't make your atheist state a "theocracy". There was plenty of loon worship of Lenin and Stalin and Mao and Pol Pot. Atheists are prone to believing crazy shit about their dictators. But the Soviet Union and Communist China and Democratic Kampauchea were atheist to the bone. Just like the Democratic People's Republic of Korea.

Theocracy precludes leader worship. The cult of the dictator is the hallmark of state atheism.