Some terrorists are more equal than others 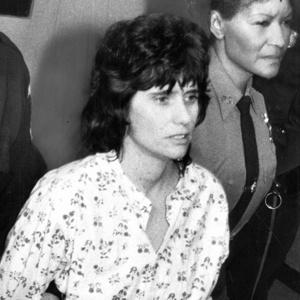 Being a Leftie terrorist-murderer-bomber with connections has its perks:

Somewhere near Boston early Monday morning, he packed a bomb in a bag. It was by all accounts relatively crude — a pressure cooker, explosives, some wires, ball bearings and nails . . . nails which, hours later, doctors would struggle to remove from the flesh of bleeding victims.

His motive is unclear. His intent is not: It was to maximize injury, suffering, pain, trauma and, yes, death.

Perhaps Monday’s bomber will be caught, perhaps not.

Perhaps Monday’s bomber will be offered a teaching job at Columbia University.

Forty-three years ago last month, Kathy Boudin, now a professor at Columbia but then a member of the Weather Underground, escaped an explosion at a bomb factory operated in a townhouse in Greenwich Village. The story is familiar to people of a certain age.

Three weeks earlier, Boudin’s Weathermen had firebombed a private home in Upper Manhattan with Molotov cocktails. Their target was my father, a New York state Supreme Court justice. The rest of the family, was presumably, an afterthought. I was 9 at the time, only a year older than the youngest victim in Boston.

One of Boudin’s colleagues, Cathy Wilkerson, related in her memoir that the Weathermen were disappointed with the minimal effects of the bombs at my home. They decided to use dynamite the next time and bought a large quantity along with fuses, metal pipes and, yes, nails. The group designated as its next target a dance at an Officer’s Club at Fort Dix, NJ.

Despite the misgivings of some, it is reported that Kathy Boudin urged the use of “anti-personnel bombs.” In other words, she wanted to kill people not just damage property. Before they could act, her fellows were killed in the townhouse explosion. The townhouse itself collapsed; Boudin fled.

She reappeared over a decade later driving the getaway car for the rag tag mix of Weathermen and Black Panthers who held up a Rockland County bank in 1981, murdering three in the process. Survivors of the ambush along the New York State Thruway recount how Boudin emerged from the driver’s door, arms raised in surrender, asking the police to lower their guns. When they did, her accomplices burst from the back of the van guns blazing.

As I said, people of a certain age remember this history. For those that don’t, Robert Redford is kindly about to release a movie recounting the Rockland robbery (albeit relocated to Michigan). By all accounts, the film lionizes the Weather Underground terrorists, Boudin and her accomplices.

Perhaps to bring it full circle, Professor Boudin can soon guest-lecture at a film class at Columbia when the Redford movie is screened.

Other than the passage of time, one can find no real distinction between the cowardly actions of last Monday’s Boston murderer and the terror carried out by Boudin and her accomplices. Yet today we live in a country where our leading educational institutions see fit to trust our children’s education to murderers and Hollywood sees fit to celebrate terrorists.

The Web site of Columbia’s School of Social Work sums up Boudin’s past thus: “Dr. Kathy Boudin has been an educator and counselor with experience in program development since 1964, working within communities with limited resources to solve social problems.”

Maybe, if he is caught, Monday’s bomber can explain that, like Boudin, he was merely working within the community to solve social problems.

John M. Murtagh is Of Counsel to the White Plains law firm of Gaines, Gruner, Ponzini & Novick, LLP. He lives in Westchester.

That's good for your c.v, in modern academia.

We are naive to the evil around us, the evil ensconced in academia, the press, and our government.

Gramsci prevails.
Posted by mregnor at 6:00 AM