It's fun when they grovel 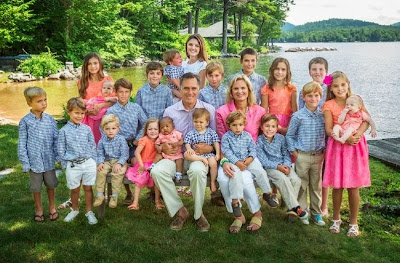 Here's the segment in which they mocked the child and the Romney family, if you have the stomach to watch it:

It makes no sense to point out the stomach-churning racism and hypocrisy and just plain meanness of this MSNBC ditty. Obviously Harris-Perry and the whole crew should be fired and never let anywhere near public commentary again.

But that of course will never happen.

What struck me most wasn't just the viciousness and cruelty of the sneer, but how much it resembled what Democrat bigots going back two centuries would have said about a white family adopting a black child. Whether it's the MSNBC broadcast studio, or an Alabama Klavern shindig, Democrats race-bait pretty much the same.

The Romneys have a beautiful family. All of it. How could any decent human being mock any of the kids in this picture?

Never forget how full of hate Democrats were and are.
Posted by mregnor at 6:00 AM