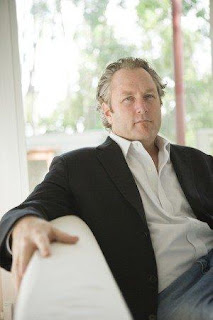 I've been traveling the past week and haven't had a chance to post on the tragic death of Andrew Breitbart, who died suddenly a week ago of apparently natural causes at the young age of 43.

Breitbart was a former liberal who was radicalized into the conservative movement by the Clarence Thomas "high-tech lynching" during Senate hearings for his nomination to the Supreme Court. Breitbart was astonished at the viciousness of the attacks on Thomas-- the Democrats' resurrection of the old racist (i.e. Democrat) slur that black men are sexual predators was an epiphany. For Brietbart, the Thomas episode laid bare the soul of the left. He resolved to fight it.

He was a brilliant fearless journalist, working in the highest traditions of his profession. He championed citizen journalism-- the right and responsibility of ordinary people to uncover the truth about our society and our government. He uncovered scandals-- the A.C.O.R.N. scandal, Weinergate, the Shirley Sherrod scandal, among others-- he built a media engine devoted to uncovering the truth that the leftists who dominate the mainstream media are frantically covering up, and he provided invaluable training for young conservative journalists who now are picking up his mantle and carrying on his fight using the new media.

My condolences to his wife and four children. He was a brave and good man, and he will be missed. Please keep him and his family in your prayers.
Posted by mregnor at 6:00 AM