Frances Fox Piven finds that race-baiting is getting tougher 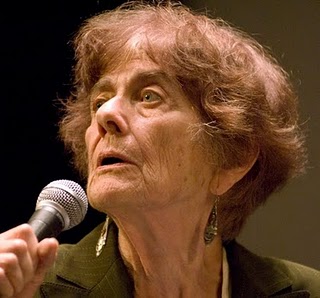 Frances Fox Piven is an infamous hard-left academic who coauthored (along with her late husband Richard Cloward) perhaps the most malignant essay in modern sociology-- "The Weight of the Poor: a Strategy to End Poverty". The essay, in the May 1966 issue of Nation magazine, advocated overloading the welfare system with essentially frivolous applications for benefits so as to cause the economic and administrative collapse of the government. The ensuing chaos would then be used by the Left to force a socialist reorganization of the American government.

The Cloward-Piven strategy was pursued quite actively by a number of leftist organizations, including A.C.O.R.N., which was founded in large part to implement it. Many municipalities experienced a massive increase in welfare dependency in the decade after Cloward and Piven's paper, and some commentators have attributed New York's insolvency crisis in 1975 in part to the Cloward-Piven strategy.

Cloward and Piven's strategy consigned millions of people to unnecessary welfare dependency and family disintegration, and did massive fiscal and social damage to cities that persists to this day. Piven is responsible, in a very direct and personal way, for the degradation of the lives of millions of people.

Piven is still very active, and she recently gave a speech to a private Christian College in Pennsylvania. Her boilerplate race-bating, this time about the Tea Parties, elicited a more contentious response than that to which she has been accustomed.

Hot Air has the video of her speech, and of the reaction of her well-informed audience.
Posted by mregnor at 6:00 AM