Are "suppressed" voters without ID receiving government money-- without ID? 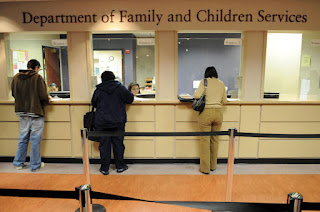 Democrats are howling that laws to ensure that votes are legally cast are "voter suppression". They insist that there are large numbers of voters-- poor people mainly-- who don't have ID and who will not exercise their right to vote if they are required to show ID.

Which raises this question:

Is this really how we dispense taxpayer money to the poor? Anonymously?