In the shower with Michael Mann... 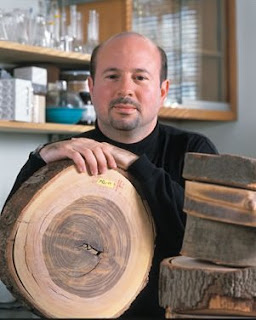 John O'Sullivan has a great post on the striking similarities between Penn State University's "investigation" of Climategate scientist Michael Mann and its investigation of now-convicted child molester Jerry Sandusky.

Myron Ebell, Director of Energy and Global Warming Policy for the Competitive Enterprise Institute observes, “The Penn State ethics review [of Mann] was “designed as a whitewash. The evidence of manipulation of data is too obvious and too strong.” Ebell and other critics argue that, as with football coach Sandusky, Michael E. Mann brought huge financial rewards to the university. The smell of money swayed the senses of Spanier because in his world money and success equated to integrity and prestige. This was tellingly revealed in the reasons he gave why Mann should be exonerated.

Such critics point to [Penn State President Graham] Spanier’s statements about both men as proof of the (corruptible) self-serving money motive at PSU. Spanier first declared that Mann’s:

“level of success in proposing research, and obtaining funding to conduct it, clearly places Dr. Mann among the most respected scientists in his field. Such success would not have been possible had he not met or exceeded the highest standards of his profession for proposing research…”

Then Spanier issued an eerily similar statement to exonerate Sandusky:

“This level of success on the football field and revenue generated from it, clearly places Coaches Paterno and Sandusky among the most respected professionals in their field. Such success would not have been possible had he not met or exceeded the highest standards of their profession in operating a football program… Had Coach Paterno or Coach Sandusky’s conduct of their program been outside the range of accepted practices, it would have been impossible for them to receive so many awards and recognitions, which typically involve intense scrutiny from peers who may or may not agree with his program … ”

The above statements prove the status of the football program and its leaders, Paterno and Sandusky, are an EXACT parallel to Michael Mann’s status. Both brought massive funding to PSU. Both enjoyed the adoration of the press. Both worked outside the system of checks and balances. Both were “investigated” by PSU staff. Both were cleared by PSU of wrongdoing. From plain reading of Freeh’s report we see there is NO reason to believe that the same corrupt administration that empowered Paterno and Sandusky’s crimes would act any differently in Mann’s case.

The near-verbatim similarity between the Penn State statements exonerating Sandusky and exonerating Mann would be hilarious, if it were not so sick.

Institutions like Penn State and larger interest groups of scientists and academics cannot be trusted to investigate themselves, especially when huge sums of money and prestige and butt-covering are involved.

The investigations of the Climategate scandal by Penn State and by panels of academics in England and at the National Academy of Sciences were obvious whitewashes. They are as worthless as Penn State's original exoneration of Jerry Sandusky. Climategate revealed massive systematic scientific fraud and illegal conduct on the part of climate scientists. Penn State and the several panels of scientists had a clear conflict of interest, and their investigations clearing the Climategate scientists are worthless.

There needs to be a formal investigation of Mann and his colleagues by independent professional investigators with subpoena power, and academic institutions such as the University of Virginia need to stop covering their own butts and stop covering up for their institutional cash-cows.

UVA's refusal to release Mann's emails at the Attorney General's request is prima facie a cover-up of a crime.

The only credible investigation of Climategate will be one carried out by a criminal prosecutor and a grand jury with subpoena power and access to all of the emails and all the evidence, and with nothing to hide.

Sandusky is in prison and the kids are safe. But we're all still in the shower with climate science.
Posted by mregnor at 6:00 AM