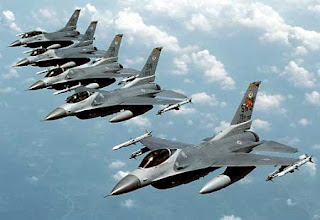 The Obama administration is approving the delivery of 20 American F-16's and 200 tanks to Egypt.