"Well, um, the God of the Koran I don't know so much about." 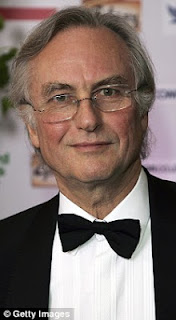 From The Jewish Chronicle Online:

In a recent Al-Jazeerah interview, Richard Dawkins was asked his views on God. He argued that the god of "the Old Testament" is "hideous" and "a monster", and reiterated his claim from The God Delusion that the God of the Torah is the most unpleasant character "in fiction".

As you can see, Dawkins has no trouble attacking the Hebrew God in a most direct and uncompromising manner. No atheist wallflower he.

How can it be that the world's most fearless atheist, celebrated for his strident opinions on the Christian and Jewish Gods, could profess to know so little about the God of the Koran? Has he not had the time? Or is Professor Dawkins simply demonstrating that most crucial trait of his species: survival instinct.


Dawkins is a sniveling coward.
Posted by mregnor at 6:00 AM