The oceans ate their global warming 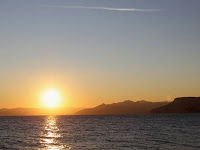 Has global warming stopped? No - it’s just on pause, insist scientists, and it's down to the oceans

Huge amounts of heat – equivalent to the power of 150 billion electric kettles – are being continuously absorbed by the deep ocean, which could explain why global warming has “paused” over the past 10 to 15 years, scientists have concluded in a series of reports to explain why the Earth’s rate of warming has slowed down.

Global average temperatures are higher now than they have ever been since modern records began. However, after a period of rapid temperature increases during the 1980s and 1990s there has been a significant slow-down since the turn of the century, leading some sceptics to claim that global warming has stopped.

A scientific assessment of the planet’s heat balance has found that the most likely explanation for the recent hiatus in global warming is the continual absorption of thermal energy by the huge “heat sink” of the deep ocean many hundreds of metres below the sea surface, according to scientists from the Met Office.

Senior climate scientists said that they had always expected periods when the rate of increase in temperatures would level off for a few years and emphasised that the last decade was still warmer than any previous decade, with 12 of the 14 hottest years on record occurring since 2000.

Professor Rowan Sutton, a climate scientist at Reading University, said the temperatures have levelled off in the past, the latest example being in the 1940s and 1950s when sulphate pollutants from the post-war boom in industrial production may have acted as a shield against incoming solar radiation.

“Climate scientists absolutely expect variations in the rate at which surface temperature will rise….but that is not to say we understand all the details of the last 10 to 15 years,” Professor Sutton said.

The problem for the Met Office is to explain why the rate of increase in global temperatures has declined in recent years while concentrations of carbon dioxide in the atmosphere have continued to accelerate. Sceptics claim that this shows there is not a strong link between the two...

None of this was predicted by the models, on which warmists demanded we base the restructuring of global economics and government. Global warming "scientists" are now telling us that global warming isn't happening because hot water sinks.

At least the quality of the science hasn't changed.


Some people call it fraud.
Posted by mregnor at 6:00 AM