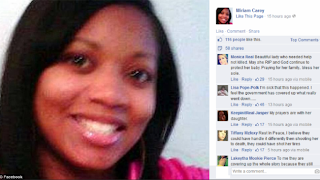 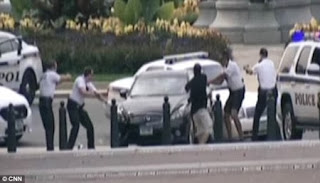 Ester Goldberg makes a point I had been thinking about. Why is there no outrage about the killing of Miriam Carey, the unarmed mentally troubled woman who was gunned down by police in Washington D.C. after she crashed her car into a security barrier near the White House?

Did they have to shoot her? She was stopped in her car, unarmed, with a baby in the back seat. She was shot so many times that her family was only allowed to see photographs to identify her.

And why has there been no media outcry from the Trayvon Martin lobby?

The reason is obvious. There was no political hay to make from her death, so they don't give a shit.

N.B. As Gateway Pundit at the second link notes, they filled this unarmed woman with holes, but the same folks called off a tactical team that was ready to stop the Navy Yard mass shooting.