Why are sex-selective abortions wrong? 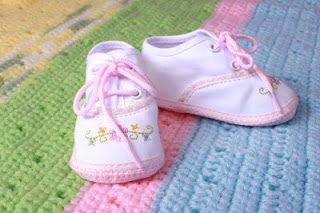 Commentor Anonymous, who believes that women have a right to abortion (up to 20 weeks) opposes sex-selective abortion-- aborting more girls than boys.


"... Sex selective abortion should be banned. Some European countries have discussed the possibility of withholding the sex of the fetus in all cases if antenatal screening is performed. Couples I have known having antenatal screening, if offered news of the fetus' sex usually decline preferring to be 'surprised'."

Preferring males to females is a cultural problem, only to be solved by removing all discrimination against females...

Why would an abortion supporter oppose sex-selection abortions?

I'll not dwell on the Constitutional issue-- perhaps Roe supporters just found an "anti-sex selection clause" in the Constitution, right next to the "abortion is a right clause" and the "separation of church and state clause". Penumbras emanate.

Is sex-selective abortion wrong because it skews the population, or is it wrong because selectively targeting girls for the trash can seems unfair?

But that is to implicitly suggest that the current problem with femicide could be solved by killing more boys. Is that what pro-abort anti-sex selection folks really think would be a moral solution to population imbalance-- more dead boys, so they equal the number of dead girls?

Or do pro-abort-anti-sex-selection folks think that sex selective abortion is inherently wrong, regardless of population skew?

Police officer: 'Did you kill your daughter because she was a girl?'

Woman: 'Oh no. I would never do that. I killed her because she would interfere with my social life (or my job or my finances or she was handicapped or because I just felt like it).'


If you want to understand the intellectual and moral sewer of the pro-abortion stance, look no further.