The government pleads the Fifth 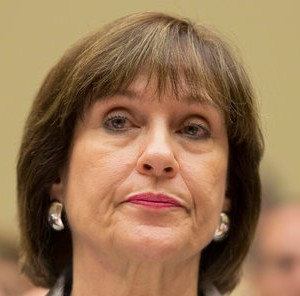 Jazz Shaw at Hot Air hits a nerve on IRS hack Lois Lerner's invocation of the Fifth Amendment in testimony before a Congressional committee investigating Obama-IRS-gate.

Shaw makes a few points about the incongruity of Lerner's testimony, including the fact that she testified that she was absolutely innocent of any wrongdoing, then refused to provide the committee with any information that might reflect on her innocence. He made good points.

I have a few additional points:

1) Lerner's refusal to testify really pisses me off. Really. She is a government employee-- all of her salary and benefits and perks and retirement are paid by me and you, and when we ask for the truth in what appears to be a significant violation of our rights, she asserts her rights and gets laryngitis. She is plainly obstructing justice.

3) Why are government employees allowed to invoke the Fifth Amendment when they are asked to testify under oath before an investigating committee? After all, she is being asked to testify to what she knows and did as a government official, not as a private citizen. She's not being asked about kicking her cat or growing pot in her backyard. The Bill of Rights protects the people from the government, not the other way around. By allowing her to invoke the Fifth Amendment, aren't we allowing her to turn our Constitutional rights upside down? Aren't we allowing an official of the government to evade accountability for violating our rights? Is that what the Bill of Rights has become-- a tool for the government to evade answering our questions?

4) "But", you say "you forget that despite the fact that she is a government official-- a very senior government official with power over millions of Americans-- she does not just leave her Constitutional rights at the door when she walks into the office. Government officials have rights too, even regarding matters entirely related to their official capacities and that concern the rights of other Americans over which they have authority."

5) "So", I reply, "if Ms. Lerner were a school teacher, and she wanted to exercise her First Amendment right to free exercise of religion by leading her students in voluntary prayer, she should have a right to do so. Teachers, no less than IRS honchos, don't check their Constitutional rights at the door at work."


The Fifth Amendment protects the people from government, not government from the people.