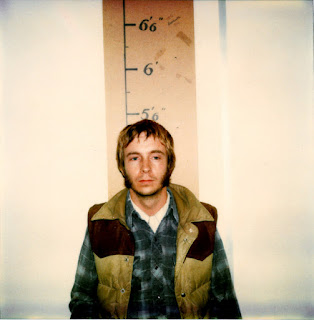 This is hard to believe, but it's true.

There's a convicted felon ex-con mad-bomber accused child molester litigious harasser well-funded leftie named Brett Kimberlin who has been terrorizing conservative bloggers for several years now. Kimberlin served 17 years in the federal pen for terrorizing a town in Indiana with a series of bombings (including one bombing in which a man was so seriously injured that he later committed suicide). Read all about Kimberlin here and here and here and here.

"Speedway Bomber" Kimberlin studied law in prison, and on his release found his obvious niche.. as a leftie activist. He's a big booster of the Occupy movement, global warming, the whole scam. He's been funded by George Soros and the Tides Foundation, Barbara Streisand, Theresa Heinz Kerry, and it seems, the State Department.

Kimberlin's a nasty act. A conservative blogger who posted about Kimberlin subsequently found himself facing an armed swat team at his front door. "Someone" had called 911, pretending to be the conservative blogger, confessing to have just murdered his wife.

Kimberlin needs to learn about the Streisand effect. I ask all bloggers-- conservative and otherwise-- to blog about this psychopath. While Kimberlin is a creature of the left, this affects all bloggers and represents an execrable attempt to silence free expression. We need to tell the truth about Kimberlin-- even more so since he's tried to terrorize people into silence.

Law enforcement needs to be all over this guy. Hopefully soon Kimberlin will have time to study the Streisand effect in his new residence, which needs to be a prison cell, where the "Speedway Bomber" should have been all along.

And then we can ask questions about where his lavish funding came from.
Posted by mregnor at 3:51 PM