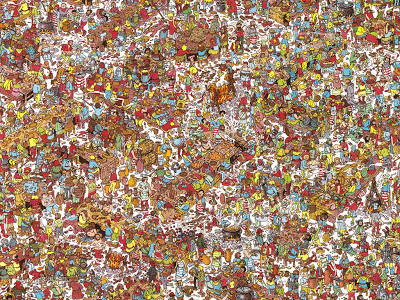 There's a version of "Where's Waldo" going on in Washington.


An IRS source says that the Internal Revenue Service has fired Holly Paz, the director of the agency’s Rulings and Agreements office. The source says Paz was fired last Friday, and a second IRS source tells National Review Online that Paz “dropped of the edge of the world” that day, and that her agency-issued computer, phone, and Blackberry show no activity since then. The IRS would not confirm or deny reports of Paz’s firing, citing her right to privacy as protected by federal law.

As of Thursday, the voice mail on Paz’s work phone remains active and callers are asked to leave a message for Paz, though nobody answered repeated calls placed to that number. Calls to the mobile phone number listed under Paz’s name in the IRS’s internal directory are sent straight to voice mail, and indicate her mailbox has not yet been set up.

As the director of Rulings and Agreements, Paz served as the first line of management in Washington, D.C., that oversaw both the tax-law specialists who provided guidance to agents in Cincinnati reviewing tea-party applications and the Determinations Unit in Cincinnati charged with processing those applications. Paz has served in that position since January 2011, reporting directly to Lois Lerner...

Oh. Ms. Paz was the IRS hack in Washington who did Lois "The Fifth" Lerner's dirty work in the suppression of conservative groups seeking tax-exempt status.

It gets better. Here's the hoot:

Lawmakers have also raised eyebrows at the fact that Paz was present when members of the inspector general’s team interviewed her subordinates during the course of their investigation. In a May 23 Oversight Committee hearing, chairman Darrell Issa expressed his astonishment, saying he was ”shocked” to find that Paz “participated in virtually every one of the interrogations or interviews with her own subordinates.” He added, “In those, of course, one of the questions the IG had to ask was, ‘Did anyone tell you to do this?’ If that question was asked, their own superior was in the room.”

Even the ranking member of the committee, Democrat Elijah Cummings, no fan of Issa’s investigations into the administration’s misconduct, had harsh words for Paz. “It sounded like Ms. Paz felt like she needed to be in the room because she wanted to be able to defend herself – or the agency, I don’t know – based on what may have been said or the information gathered in that interview,” Cummings told inspector general J. Russell George. “Usually when you are conducting an investigation . . . you want to keep your witnesses separate because you’re in search of the truth and you are trying to make sure there’s no advantage of a person hearing what somebody else said.”

According to Issa, Paz told the committee that either she or Lois Lerner requested to listen in on the interviews. He read from the committee’s interview transcript, quoting Paz: “I can’t remember if I made the request or Lois Lerner made the request, but we discussed that in order for the IRS to be able respond to the report we had to understand what information [the inspector general] had and what they were being told.”

Heh. During the Treasury Inspector General's investigation of the attack on conservative groups, interviews by "investigators" with the little pawns were always carried out with their supervisors in the room.

So you can imagine how the question "who told you to do this?" was answered.

If this were a movie, at this point we'd complain that the plot was ridiculous.

Treasury inspector general J. Russell George-- the apparatchik in charge of the "investigation" of Barack Obama's IRS in which subordinates were asked about crimes committed by supervisors who were in the room with them-- dated Michelle Robinson when they were students together in Harvard Law School.

Michelle Robinson Obama, that is.

It would be nice if we could walk out of this movie. The plot is absurd-- nobody could be this corrupt. But we can't walk out, because this movie is about us.
Posted by mregnor at 6:00 AM