The Clintons and the real war on women 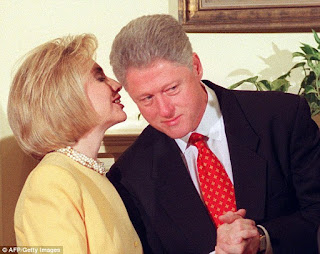 Why the media blackout on Juanita Broaddrick?

Bill Clinton, Democrat icon, is a serial sexual offender and a credibly accused rapist. His "wife" is a politically inept enforcer who orchestrated attacks on the women her husband assaulted in order to silence them.

Bubba is adored by Democrats, Hillary looks like a shoo-in for the Democrat nomination for president, and the theme looks to be-- "Let us protect you from the War on Women".

A Democrat president sexually assaults women for decades and his shrew wife orchestrates personal threats and destruction of her husband's victims.

Republicans suggest that people pay for their own birth control.