An atheist's prayer for churches 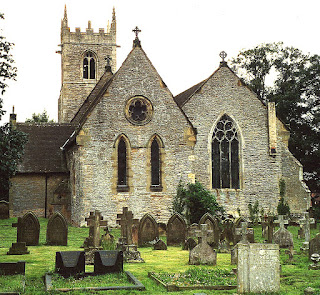 In this Advent season, Simon Jenkins, who is an atheist, reflects on the role of churches in English life.

This month, the census appeared to confirm a Religious Trends reportthat church attendance was falling so fast that by 2035 there would be more active Muslims than Christians in Britain, and by 2050 as many Hindus. On any showing this is a seismic moment in English history. (I leave Welsh, Scottish and Irish to them.) Will Prince William be crowned in a mosque? Has Saladin had the last laugh? Is Richard the Lionheart turning in his grave?

As an atheist I may be careless of the Anglican church and listen to doctrinal feuds over female bishops and gay marriages with bafflement. But I am intensely careful of churches, and not just churches as buildings, glorious as many of them are. Those who deride the church should recognise them also as institutions of local art, ancestry, history and ceremony. Why else have cathedral attendances risen by a quarter in the past decade? Why do all churches surge at Christmas?

It is simply inconceivable that England's 47,000 parish churches will disappear, even with the decline in religion. But to enjoy a church involves willing its upkeep. I believe that a building designed for a purpose, however eccentric, is ideally best used for that purpose. I would think the same of a theatre, a town hall or a freemason's lodge.

An English church is designed for a specific liturgy, in the case of 10,000 medieval parish churches ironically a Roman Catholic one. The layout of chancel, choir, transepts and aisles makes full sense only with the murmur of the mass, the smell of incense, the busying of priests about the altar. As attendances plummet, must church-lovers recruit from central casting to fill this void, as one day actors will be needed to "change the guard" for London tourists?

I readily put my pound into the collection box to keep these places open and alive. I will them to flourish. I was sorry when Norwich closed two-thirds of its medieval churches as no longer fit for purpose. York struggled, and largely succeeded, in keeping similar numbers of churches open at least as public spaces.

In his new history of Anglicanism, Our Church, the philosopher Roger Scruton praises its tolerance, its pragmatism, its "genius for compromise" (at least until today). It has permeated English culture in language, architecture, music, poetry. Through establishment it has decorated the trappings of state.

Scruton clearly finds all this a supreme comfort, which is a matter for him. But in an important respect even he sells the Church of England short. It may in the past have been an agent of reaction, notably the bishops in parliament, and its constitutional status may be unsustainable. In local schooling it remains divisive. But when government is bleeding civic purpose from every community in the land, the church and its clergy are one of the last human threads binding villages, towns and inner city communities together.

I have visited estates outside Sheffield, Manchester and east London from which doctors, teachers, policemen, social workers, professionals of all sorts, have fled, or at least confined themselves to cars. The only "leader" left in residence is the priest, of whatever denomination, underpaid, working in appalling surroundings and motivated by a grim but sincere philanthropy. The nearest I have found to saints have been priests in tough areas. And most are desperately alone. When a river floods, a child vanishes or a murder is committed, the only person the media can find to comment is usually a priest. He or she is the closest England gets to a mayor.

Local England has reverted to the middle ages, with the clergy as its most public face. The clergy are the ones who tend to know who is in trouble, who is a villain, who a saint. Their workplace is a church. They apparently mobilise 1.6 million parish volunteers for what amounts to social work, from caring for the elderly to hospital visiting. This output must be worth billions to the state. And all the state does in return is impose VAT and health and safety regulations on church repairs.

Finding new uses for old churches is a national pastime, and a worthwhile one. They are doubling as assembly halls, post offices, cafes, bookshops, scout halls and "pop-up" everythings. More people must visit churches – notably the booming cathedrals – in the cause of art than of religion. They flock to concerts and literary festivals. They deck them with flowers for their ceremonies and, most impressively, support their roofs. Very few Anglican churches are in a really bad state of repair. Compare that with the degenerating village halls, institutes, cinemas, libraries and swimming pools that secularists supposed would supersede churches – and which foolishly depend on the government for funds.

So I may not believe in the church, but at Christmas I gladly salute its presence and its role in society.


Jenkins admirably pays homage to the central role churches and clergy and the faithful play in civic life. The heart of a nation is its civic life-- not the issuance of government regulations or the imposition of taxes and fees, but the voluntary association of individuals and families for the common good. The civic good done by Christianity through its churches and clergy and faithful is immeasurable. Even in the hedonist secular West, Christianity-- remembered or lived-- remains the fabric of the public good.

What Mr. Jenkins fails to consider is that the deep good that Christianity brings to life-- to family life, to private life, to civic life-- is not accidental. There is a reason that Christianity is so effective at bonding us together, at comforting and challenging and blessing us, at making our lives rich and full of grace.