"... the process can take an average of ten days during which a baby becomes smaller and shrunken " 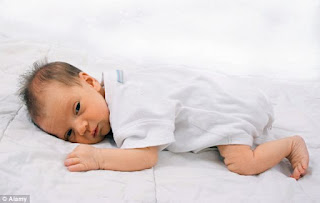 From the U.K.'s Mail Online:

Investigation, including child patients, will look at whether cash payments to hospitals to hit death pathway targets have influenced doctors' decisions


Read the whole thing. I couldn't do it in one sitting. I felt sick.

We need to understand how far down this road we have come. Modern euthanasia of handicapped children began in Germany in the 1930's. After the Doctor's Trial at Nuremberg (Nazi doctors who euthanized handicapped children were convicted of crimes against humanity and hanged), there was a hiatus, as the ethical remnants of mankind recoiled at what had been done.

It is happening again, in Holland a decade ago, now in England. There won't be any more trials. The Nazi doctors in the dock at Nuremberg won, posthumously. Their ideas escaped the hangman.

Child euthanasia will spread, because the Christian civilization in Europe that two millennia ago banished the murder of unwanted children is crumbling. The Nazi euthanasia programs were the birth pains of a rough beast. I doubt we will be able to stop it.

Government control of medicine will speed the killing of the unwanted. When government controls the economics of medical care, it ceases to be a neutral adjudicator that protects innocents. There is much cost-saving in euthanasia-- especially in euthanasia of cost-ineffective handicapped babies-- and we are naive to imagine that the Universal Payer will countenance expensive handicapped children forever.

The blood-dimmed tide is loosed, and everywhere
The ceremony of innocence is drowned.