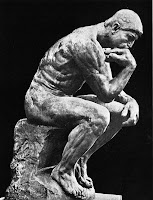 Dr. Steven Novella, a Yale neurologist who takes a singularly materialist view of the mind-brain problem, warns us of the dangers of confirmation bias in science:


It is my contention that scientific skepticism is an intellectual discipline and a cognitive skill set more than anything else. It is also a philosophy, a value system, and an approach to knowledge – but these are hollow without the knowledge and skills to apply that philosophy.

This is especially true in our complex world, with sophisticated pseudoscience alongside mature and highly technical real science, ideologies of every stripe pushing their agenda...

It is therefore not enough to have a generally skeptical outlook, or even to call oneself a skeptic. Skepticism is a journey of self-knowledge, exploration, and mastering the various skills that comprise so-called metacognition – the ability to think about thinking...

As an example of the need for metacognitive skills in navigating this complex world there is confirmation bias. This is definitely on my top 5 list of core skeptical concepts, and is a major contributor to faulty thinking. Confirmation bias is the tendency to perceive and accept information that seems to confirm our existing beliefs, while ignoring, forgetting, or explaining away information that contradicts our existing beliefs. It is a systematic bias that works relentlessly and often subtly to push us in the direction of a desired or preexisting conclusion or bias. Worse – it gives us a false sense of confidence in that conclusion. We think we are following the evidence, when in fact we are leading the evidence.


Oh, where to find confirmation bias in this big world of ours...
Scientism-- the atheist viewpoint that science proves atheism and represents the only reliable source of knowledge-- is confirmation bias on steroids. Scientism is a crude logical error in which one adopts a particular method of inquiry congenial to a preconceived notion of truth and then mistakes the answer it provides for truth itself.


"The materialist hypothesis - that the brain causes consciousness - has made a number of predictions, and every single prediction has been validated. Every single question that can be answered scientifically - with observation and evidence - that takes the form: "If the brain causes the mind then..." has been resolved in favor of that hypothesis."


Wow. This guy actually believes that his own metaphysics-- materialism-- has been validated by every relevant scientific experiment ever performed. It's like a terminal case of confirmation bias.