Atheists demand removal of Star of David from Holocaust memorial 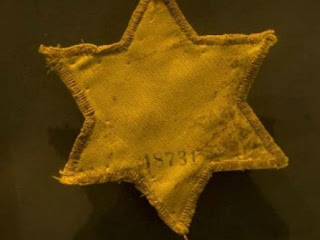 An atheist activist organization wants a proposed Ohio statehouse Holocaust memorial to remove the Star of David symbol, which, the group claims, is an “exclusionary” religious symbol.

According to The Columbus Dispatch, the non-profit Freedom From Religion Foundation (FFRF), known for its activism concerning church-state separation, claimed that the inclusion of the Judaic symbol is a breach of the U.S. Constitution...


Just in case you were beginning to forget that atheists are despicable assholes.
Posted by mregnor at 6:00 AM