The show trial is winding down in Maycomb County 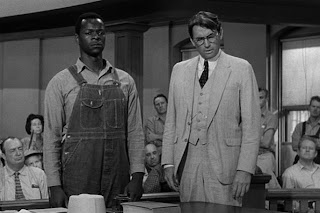 The Zimmerman trial is reaching its final stages. The case is about to go to the jury.

Zimmerman is obviously innocent of any crime. He killed Martin in self-defense. Period. Not a shred of credible evidence has been presented by the prosecution that Zimmerman committed any crime whatsoever, let alone second degree murder. Nor has there been any evidence that Zimmerman was motivated in any way by racism.

What is amazing about the case is that the prosecution brought it at all. Now you can see why the prosecutors bypassed a grand jury. A grand jury would never have returned an indictment.

What is extraordinarily disturbing is that it is obvious why this case was brought: there was intense pressure from the federal government to gin up racial strife (the DOJ actually funded some of the racist anti-Zimmerman mobs) in order to motivate blacks in the 2012 election. It worked.

The prosecutors in this case are corrupt, and the judge seems to be corrupt as well. This is a show trial, fabricated for political purposes.

But things like this have happened before in America. Many times. For more than a century bigots railroaded innocent blacks into court. It was done not merely out of racism but out of a desire to advance political agendas, to keep the whites outraged and the blacks frightened.

Show trials have been an instrument of Democrat Party politics since Reconstruction. Harper Lee fictionalized one such show trial in her masterpiece, which is the greatest American novel. She told the truth about race baiting and corruption in our justice system and in our politics and in our hearts.

Tom Robinson is on trial again in Seminole County Florida. Let's hope the outcome is more just, this time.
Posted by mregnor at 6:00 AM