... but won't Obama's movie about killing Bin Laden really piss them off? 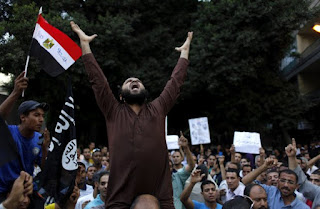 Mr. President: Take down this film!


The Obama administration has been very helpful in the production of Zero Dark Thirty, the film about the killing of Osama Bin Laden.

It flatters the President.

Do you think Mr. Obama will ask the theaters not to show it, to avoid inflaming the Muslim world?