Indian lawyer Elizabeth Warren is neither 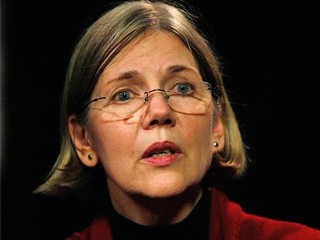 It seems that Harvard Law Professor and Democrat Senate candidate Elizabeth Warren, who has faked Indian ancestry to scam the affirmative action scam at Harvard, now admits that she... hasn't had a license to practice law for a while, despite... practicing law.

Does Elizabeth Warren Have a Law License Problem?

Elizabeth Warren, who is running for U.S. Senate from Massachusetts and has taught law in Massachusetts for nearly two decades, may never have obtained a license to practice law there, and may be unlicensed to practice anywhere at the moment, new evidence suggests.

The surprise issue to emerge from last Thursday's Massachusetts Senate debate between incumbent Republican Senator Scott Brown and Democratic challenger Elizabeth Warren was Brown's charge that Warren's legal work for Travelers Insurance put her squarely on the side of the "one percent" she has attacked so vigorously throughout her campaign.

The Boston Globe reported that Warren was paid $212,000 over three years from 2008 to 2010 for "of counsel" legal work for Travelers in a case that the company won when it reached the Supreme Court in 2009. Travelers' attorneys persuaded the Court that their client did not have to pay a number of asbestos claims.

Now, as William Jacobson reports at Legal Insurrection, the Travelers Insurance issue may have legs.

Jacobson notes that, though Warren operated a law practice from her Cambridge office for more than a decade, she never obtained a license to practice law in Massachusetts.

Earlier in her career, Professor Warren was licensed to practice law in New Jersey, where she lived briefly after graduating from Rutgers School of Law in 1976, and Texas, where she lived from 1978 to 1987 while teaching at the University of Houston and University of Texas. In a 2008 resume, Professor Warren stated that she was a member of the Bar in both New Jersey and Texas. However, she is currently not listed as eligible to practice law in either state.

Breitbart News asked Jennifer Nash, the Communications Director at Simpson, Thacher, and Bartlett, the New York law firm that defended Travelers in its Supreme Court case and hired Professor Warren to act "of counsel" in their brief to the Court, to comment on Professor Jacobson's story, but we have not received a response yet.

Specifically, we asked Ms. Nash if she could tell us in which state Professor Warren had beenlicensed to practice law when she provided legal services to Simpson, Thacher, and Bartlett and Travelers Insurance.

Jacobson reports that Warren voluntarily withdrew from the practice of law in the State of New Jersey on September 11, 2012. That tactic merely prevents anyone from finding out when her eligibility to practice law in New Jersey ended.

Jacobson concludes his carefully researched article by stating that if Warren was practicing law from her Cambridge office, she violated Massachusetts law:

"[T]here is no authority which exempts from the licensing requirements an attorney domiciled in Massachusetts using a Massachusetts office but who offers legal advice and services only to out-of-state clients and as to non-Massachusetts law."

Jacobson notes that the Warren campaign has offered no comment on his report.

The Massachusetts Board of Bar Overseers grants law licenses to practice in the Commonwealth of Massachusetts and enforces penalties against attorneys who violate its rules. Breitbart News left a voice mail message on Monday with Karen O' Toole, Associate General Counsel at the Board of Bar Overseers for comment on whether the Board intends to investigate Ms. Warren's conduct, but has not yet received a response.

What a supercilious fraud. Ms. "99%" made mega-bucks as a lawyer, apparently without a law license. Of course, practicing law without a license is a felony, but behaving feloniously is part of running for office as a Democrat, especially in Massachusetts. One doubts that the Massachusetts AG-- Martha Coakley-- will be issuing an arrest warrant anytime soon. She's the sap that Scott Brown beat for the Senate last time around, and she's not about to apply the law to another patrician Democrat.

Warren makes my skin crawl. She's an empty shell-- all for the 'public' on the outside, nothing but a self-serving fraud on the inside. Telling the truth about your chalk-white ancestry and bothering to get a law license before you practice law is for little people, not for Harvard Democrats.

Don't Democrats vet these people before they inflict them on the electorate? Perhaps a fake Indian/fake lawyer is the best they could do. All of the Kennedys must be in detox for this election cycle.