Totalitarians of all sorts are watching, and learning. 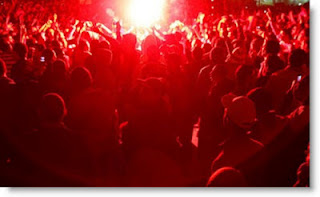 Yale Law professor Steven Carter has a fine essay on freedom of speech and the violent efforts by Islamists to suppress criticism of Islam.

I have said before that I am a near-absolutist on the subject of free speech. I defend the right of imbeciles to express themselves in ways that are offensive and wounding to people who have done nothing to deserve it. Naturally one would prefer to defend free speech in the name of such once-banned classics as “Ulysses” and “1984.” One would prefer to defend a free press that is ferreting out the Pentagon Papers.

Those opportunities rarely arise. If our culture instead produces offensive junk, then that is where the ramparts must be built -- not because offensive junk is a positive good, but because the power to censor is far too dangerous to be placed in the hands of government...

The best statement of our constitutional rule remains the one announced by the U.S. Supreme Court 40 years ago in Police Department of the City of Chicago v. Mosley: “To permit the continued building of our politics and culture, and to assure self-fulfillment for each individual, our people are guaranteed the right to express any thought, free from government censorship.” The government, said the court, “has no power to restrict expression because of its message, its ideas, its subject matter, or its content.”
That’s why the American Nazi Party couldn’t be prevented from marching in Skokie, Illinois, in 1977. That’s why the members of Westboro Baptist Church were free to picket the funeral of Lance Corporal Matthew Snyder in 2006. That’s why protesters have the right to burn the U.S. flag.

None of these actions is admirable. What’s admirable is the broad respect for liberty that protects them.

Of course, there are exceptions. But they don’t apply here. For instance, a remarkable number of commentators, borrowing from Justice Oliver Wendell Holmes, have compared the “Innocence of Muslims” video to falsely shouting fire in a crowded theater. Others have drawn analogies to Brandenburg v. Ohio, the 1969 case in which the Supreme Court suggested (“held” would egregiously overstate the case) the possibility that speech directed to inciting and likely to incite “imminent lawless action” might not be protected under the First Amendment.

...These are dangerous arguments. Consider how we would respond if an anti-abortion group were so furious at a pro- choice film that it blew up the theater. I very much doubt that we would be accusing the filmmakers of incitement, even if they knew in advance that the terrorists were lurking.

One might object that there is a difference between insulting an individual and insulting a religion. There is indeed -- and our sympathies should be with the individual. Followers of a religion can turn to their fellow believers for solace. Often, they can turn to a tradition that has survived centuries or millenniums of mockery and abuse. Believers don’t turn from God because God has been mocked; they turn from the mocker.
The individual, by contrast, must bear the insults. The more public the individual is, the greater the abuse that the Constitution allows us to heap on his or her shoulders. The cost of freedom is indeed terrible. But the cost of restrictions on that freedom is more terrible still.

That a video or a cartoon offends many devout Muslims is surely a fact, but it isn’t an argument. I frequently hear the Lord’s name taken in vain. For some of us, the name of God remains sacred, and hearing it profaned is painful. But the First Amendment wisely denies us legal recourse. (That’s why the Obama administration was wrong -- very wrong -- even to ask YouTube, which hosts the video, to “review whether it violates their terms of use.” A chill is a chill.)

In the U.S., we routinely deride religions. We make best- sellers of books launching often-uninformed attacks on the very idea of God, and give rave reviews to a Broadway show making crude mockery of Mormonism. The insensitivity and boorishness of those who enjoy attacking the faith of others does not strip them of their rights of freedom of expression...

When we remember the periods of censorship in our history, we remember them, as we should, with embarrassment. There are censors today... and the impulse is always tempting. Words and images do wound. Wounds untended do fester. But aside from simply turning away, the only antidote the Constitution allows is arguing back -- in short, more speech.

In much of the world, governments have taken on the responsibility of protecting their people from unpleasant images. In the U.S., we have gone a different way, choosing a more genuine freedom of speech. But speech is only free if we protect it when we hate it.


I am an absolutist on freedom of speech. The situations in which speech may be prosecuted are exceedingly rare. Slander, extortion, 'yelling fire in a theatre' are exceptions, but there are really very few exceptions. Even the claim that speech should be banned when it incites violence must be approached with a gimlet eye. We must never ban speech merely because the hearer of the words chooses violence, when there is no explicit exhortation to violence in the words themselves. Mocking Mohammed does not explicitly suborn violence. There are whole sectors of the internet devoted to mocking Christ, with no violence. We Christian taxpayers are even forced to fund His immersion in urine. No one has died, thank God, because of it.

Violence in response to mere mockery, no matter how caustic, is that of the hearer, not the speaker. To ban such mockery merely gives the Islamofascists a mob's veto over our free speech rights.

The wide acceptance of legal or even social limitations on our freedom of speech about Islam-- particularly by the Left-- is chilling. It's more chilling in many ways than a mob of psychos in Islamabad. It suggests that many Americans are willing to trade freedom for a pittance.

It's submission, really-- submission to any violent ideology whose adherents are willing to put on a bloody show. It means that we can be made slave to any totalitarianism, not just the totalitarianism of the Prophet. It bodes a nightmare.

Perhaps that's why the Left is so accommodating to Islamic demands for submission. Totalitarians of all sorts are watching, and learning.
Posted by mregnor at 6:00 AM