Jihad and Sati, and coexistence 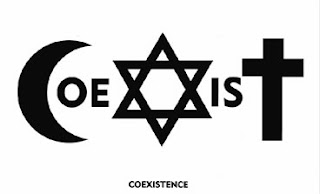 The cry of many in the West to mute our criticism of Islam in the interest of peace and coexistence reminds me of a story about Charles James Napier, the British Army's commander-in-chief in India in the mid-19th century.

The British outlawed the traditional Indian practice of Sati, which is self-immolation of widows on the funeral pyres of their husbands. Such practices were often abetted by Hindu locals.

When Hindu priests complained to Napier that Seti was a venerable traditional Hindu custom, Napier replied:


Be it so. This burning of widows is your custom; prepare the funeral pile. But my nation has also a custom. When men burn women alive we hang them, and confiscate all their property. My carpenters shall therefore erect gibbets on which to hang all concerned when the widow is consumed. Let us all act according to national customs.

"Coexistence" is neither evil nor good. The compromises made to achieve it stamp it so.

So I believe in coexistence with Islam. Coexistence on emphatically Christian terms.

1) Nonviolence. The resort to violence to settle religious differences must be utterly repudiated.

2) Human rights, most emphatically freedom of religion and freedom of speech. No exceptions. No one has the right to force religious practice on another person, and no one has a right to threaten or use violence against another because of the expression of an opinion.

Those are the terms of coexistence between Christianity and Islam. Freedom is the indispensable foundation for that coexistence. Islam reveres their prophet, and we revere our freedom-- a gift to all men by God-- which we hold to be self-evident.

If the Islamists insist, then let us each act according to our customs. Muslims will kill innocents and demand submission, and we will fight for our freedom, again.