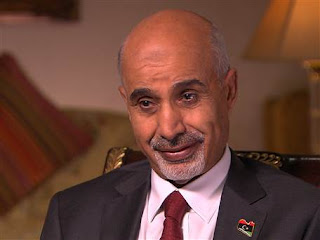 ...the Muslim Brotherhood President of Libya tells Americans the truth, unlike the President of the United States.

Libyan president to NBC: Anti-Islam film had 'nothing to do with' US Consulate attack


Why would Obama lie so shamelessly?

1) He's covering incompetence that is so egregious that it's better to lie flagrantly than admit the truth.

2) His concerns are short-term: after he gets reelected in 6 weeks, he need not concern himself with public opinion.

3) The mainstream media will not call him on it.

Recall when the open microphone caught Obama telling the Russian President that he will have much more room for maneuver after the election?
Posted by mregnor at 8:18 AM