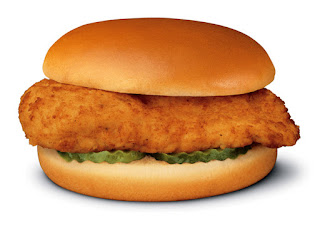 It seems that Chicago alderman Joe Moreno isn't quite satisfied with Chick Fil A's CEO Dan Cathy's apparent relinquishment of his First Amendment rights in order to open a restaurant in Chicago.

Dan Cathy decided to make a PUBLIC statement to Mike Huckabee that, at the least, muddied the progress we had made with Chick-fil-A and, at the worst, contradicted the documents and promises Chick-fil-A made to me and the community earlier this month. Since Mr.Cathy made a PUBLIC statement, I am PUBLICLY asking him to confirm and support what I was told and shown by his company representatives.

1. For the FIRST TIME in the company’s history the company wrote and distributed a document to all of its employees titled, “Chick-fil-A: Who We Are” that guarantees that the company and its employees will “treat every person with honor, dignity and respect- regardless of their beliefs, race, creed, sexual orientation or gender.”

2. I am asking him to PUBLICLY confirm and support a letter that was voluntarily given to me by his company executives earlier this yearthat states the future behavior of Chick-fil-A’s not for profit arm, The Win Shape Foundation. The letter states that, “The WinShape Foundation is now taking a much closer look at the organizations it considers helping, and in that process will remain true to its stated philosophy of not supporting organizations with political agendas.” We were told that these organizations included groups that politically work against the rights of gay and lesbian people.

3. I am also asking him to PUBLICLY confirm and support what Chick-fil-A executives voluntarily told and confirmed to me earlier this month— that Chick-fil-A, and its not for profit arm WinShape, in 2012 has not and will not donate to entities with political agendas, including organizations that politically work against the rights of gay and lesbian people.
Mr Cathy continues to not confirm to the press what his company executives have told and showed me. This is disturbing. Since Mr. Cathy wants to confuse people, he needs to publicly confirm the three components described above, which allowed us to move forward. I am simply asking Mr. Cathy to confirm statements and documents that HIS company exectuives provided to me. It is pretty simple, Mr. Cathy. Do you acknowledge and support the policies that your exectuives outlined to me in writing or do you not? Yes or no? If not, Chick Fil A is a business that practices irresponsible, and potentially illegal, business standards.

Perhaps Mr. Cathy felt that he could make these public statements to Mike Huckabee because I had provided a letter of support for his restaurant to the City of Chicago earlier this week. I provided this letter based on the progress we had made with Chick-fil-A. I still need to introduce legislation to make the Chick-fil-A in the Logan Square neighborhood of Chicago a reality. I will wait to see what Mr. Cathy’s next PUBLIC statement is, and reflect on that statement before moving forward with appropriate legislation.


So let's get this straight: Alderman Moreno, a government official, is telling Dan Cathy, a private citizen, that the only way he can get a license to open a chicken restaurant in his district is to cease "working politically" against a cause that Alderman Moreno supports. The nature of the cause-- in this case LGBT "rights"-- is irrelevant to the issue, and of course is irrelevant to any legal and constitutional issues regarding opening a chicken restaurant. Alderman Moreno is simply-- and quite unabashedly-- violating Mr. Cathy's First Amendment right to freedom of speech. The Alderman is using government coercion (the withholding of a business license) to force Mr. Cathy to stop speaking.

Res ipsa loquitur. This is a violation of Mr. Cathy's First Amendment rights by a government official.

With a freakin' public confession.

In a constitutional republic governed by the rule of law, Alderman Moreno would be arrested by the Justice Department like yesterday, and charged with conspiracy to violate the constitutional rights of Mr. Cathy. This is a very serious crime-- an explicit willful public violation of the First Amendment rights of a citizen by a government official-- and Alderman Moreno would, in such a republic, be facing prison.

If we only lived in a constitutional republic governed by the rule of law...