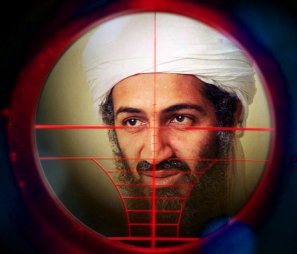 A nice essay by John Yoo about Obama's use of selected killing of terrorists.

The administration has made little secret of its near-total reliance on drone operations to fight the war on terror. The ironies abound. Candidate Obama campaigned on narrowing presidential wartime power, closing Guantanamo Bay, trying terrorists in civilian courts, ending enhanced interrogation, and moving away from a wartime approach to terrorism toward a criminal-justice approach. Mr. Obama has avoided these vexing detention issues simply by depriving terrorists of all of their rights—by killing them.

Some information about these strikes comes from the disclosure of national secrets that appear designed to help the president's re-election. Recent leaks have blown the cover of the Pakistani doctor who sought to confirm bin Laden's presence in Abbottabad; revealed a British asset who penetrated al Qaeda and stopped another bombing of a U.S.-bound airliner; and assigned credit to the administration for the Stuxnet computer virus that damaged Iran's nuclear program (even identifying the government lab that designed it).

American intelligence will have a steep hill to climb when it asks for the future cooperation of agent-assets and foreign governments. Notably silent are the Democrats and media figures who demanded the scalp of a Bush White House aide, Scooter Libby, for leaks by another government official of the cover of a CIA operative who had left the field years earlier.


It's not news that Obama and his hacks are dissembling frauds for whom politics, not governance, is paramount.

Later in his essay, Yoo raises the issue of prudence and ethics of selected killing of Islamic terrorists.  There are genuine questions of prudence. It may be more effective to capture and interrogate than to kill.

Regarding ethics, I believe that is is entirely ethical to kill terrorists anywhere and anytime we find them. That includes American citizens, if they are actively engaged in terrorist activities. We are at war with Islamic terrorists, a just war, and Islamic terrorists are unlawful enemy combatants who flout all conventions of warfare and of civilization. As Yoo observes, such rogue murderers were classically termed hostis humani generis, the enemy of all mankind. They deserve no protection by just war theory or by Geneva Conventions. And they certainly have no Constitutional protections, which have no jurisdiction over unlawful enemy combatants in wartime. Islamic terrorists are actively engaged in a murderous war on mankind-- a jihad on the Dar-al-harb-- and should be targeted without hesitation, using whatever method is most effective.

If they can be captured and interrogated, fine. If not, they should be killed. The only constraints on killing them should be tactical and strategic, not ethical.

To the extent that Obama, regardless of his hypocrisy, is targeting them without remorse, bravo.