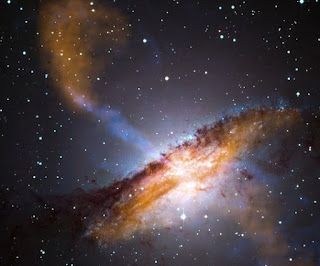 Columbia University theoretical physicist Brian Greene has a nice essay on the latest in cosmology and the multiverse.

As a proviso, I'm a big fan of Greene's . I am not acquainted with his metaphysics, but as a popular science writer he is first-rate. His book Fabric of the Cosmos is stunning. I couldn't put it down, and I read it again right after I finished. He has a gift for explaining very deep stuff. His discussion of Bell's theorem-- the verification of which has devastated deterministic models in quantum mechanics-- is uncommonly lucid. Highly recommended.

Greene pens an essay on the exciting cosmology of the multiverse, which is the hypothesized array of countless universes, each with different physics, of which ours is just one. I'm not a cosmologist, so I have no professional scientific opinion on the existence of the multiverse or of any alternative universes.

But, as you might imagine, I do have an opinion. I am skeptical of multiverse cosmology for two reasons:

1) How can the existence of other universes ever be empirically demonstrated, given that the definition of "universe" seems to entail the entirety of the natural world that we can observe? If we see "evidence" for the multiverse, isn't it necessarily just part of our universe?

2) Whatever the theoretical justification of multiverse theory, the ideological motive for pushing the multiverse concept is obvious. It provides atheists with a (flawed) scheme to evade the Anthropic Principle, which in its strong form suggests that the universe was designed for us-- for observers-- to exist. If there are countless universes, each with different physical laws, then just by chance one universe would have the properties that allow observers to exist. No need for God. Whew!

Of course, readers who are acquainted with classical demonstrations for God's existence understand that multiplication of universes has no bearing whatsoever on those proofs. The classical arguments (prime mover, first cause, necessary existence, etc.) presume eternity of the past and depend not at all on the number of universes that exist.

However the architects of the project are metaphysical illiterates. Neither project touches in any way on proofs for God's existence.

Darwinism and the obsession with the multiverse are just sophomoric metaphysics-- atheism-- in scientific drag.
Posted by mregnor at 6:00 AM