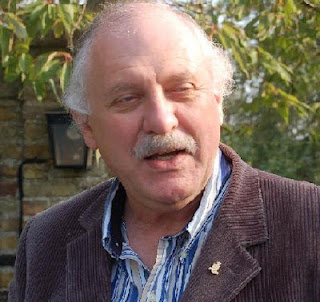 Darwinist biochemist Larry Moran is panicked. The recent publication in Nature and several other science journals of 30 papers by the ENCODE project that demonstrate that at least 80% of the human genome has biochemical function is a catastrophe for Darwinists like Moran and others who have misrepresented science in service of their personal ideology.

The discovery in the 1970's that much of the genome contains DNA that does not code for proteins could be interpreted in two basic ways. Either the DNA had function, yet to be discovered, or the DNA was "junk", left over from eons of evolution in which random mutations that did not have phenotypic expression accumulated in the genome, like dust in an unswept room.

Scientists who did not restrict their inferences to materialist inferences-- such as scientists who accept intelligent design or at least do not rule out intelligent agency in nature-- generally inferred that the "junk" DNA in fact had function, which was yet to be discovered. They predicted that the genome would be found to be an elegant highly integrated system of gene expression and regulation, not a trash can for genetic garbage.

Darwinists and materialists predicted that the DNA without apparent function indeed was without function, and that it was in fact a physical manifestation of the "randomness" that underlies all of biological change, as understood in the materialist paradigm.

Over the past several years, evidence has accumulated that has tended to support the ID view of junk DNA.

Now the publication of 30 papers in three leading journals demolishes the Darwinist/materialist prediction, and as you can imagine, the folks who guard the materialist inference in science are in a lather.

Moran in particular is apoplectic. He denies the findings of the ENCODE consortium:

... All of this evidence indicates that most of our genome is junk. This conclusion is consistent with what we know about evolution...


Contra Moran, the lead scientist on the project, Ewan Birney, explains the conclusion that 80% of the human genome is functional:

we choose 80% because (a) it is inclusive of all the ENCODE experiments (and we did not want to leave any of the sub-projects out) and (b) 80% best coveys the difference between a genome made mostly of dead wood and one that is alive with activity. We refer also to “4 million switches”, and that represents the bound motifs and footprints.

We use the bigger number because it brings home the impact of this work to a much wider audience. But we are in fact using an accurate, well-defined figure when we say that 80% of the genome has specific biological activity. [emphasis mine]


Moran has threatened the ENCODE scientists on the project with thinly-veiled retribution, and has fixated on his obsession with the term "functional" used by the ENCODE scientists to describe the findings in their data. Moran's obsession with the term function is a distraction. Any biological function "alive with activity" is evidence that it is not "dead wood". And that is clear evidence against the Darwinist prediction.


Moran is candid at least. He pulls no punches. He has advocated the targeted academic destruction of students and scientists who do not share his atheist beliefs, and he threatened the ENCODE scientists with thinly-veiled retribution:

I reserve my harshest criticism for the scientists, especially Ewan Birney who is the lead analysis coordinator for the project and who has taken on the role as spokesperson for the consortium. Unless other members of the consortium speak out, I'll assume they agree with Ewan Birney. They bear the same responsibility for what has happened.


Now he admits (about the ENCODE breakthrough):

"This is going to make my life very complicated"


Damn right, Larry. Let me add this: those of us who have been appalled for years by your ideologically-skewed junk science and your public threats against Christian students and scientists are going to make this remarkable scientific breakthrough as complicated for you as possible.
Posted by mregnor at 6:00 AM