Marco Rubio and "Did god really create the world in 6 days?" 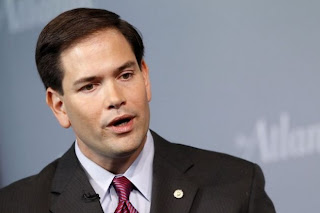 
I think it's a reasonable answer. How about you?
Posted by mregnor at 6:00 AM