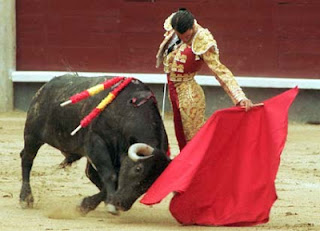 On August 4th, 2004, Dr. Stephen Meyer published a review paper about the origin of biological form in the Proceedings of the Biological Society of Washington (volume 117, no. 2, pp. 213-239), which is published at the Smithsonian Institute.

The paper caused a firestorm. The journal editor, Dr. Richard Sternberg, was targeted by a vicious campaign of harassment, ostracism, and professional destruction at the Smithsonian. The paper was repudiated by the Society after its publication.

The Federal Office of Special Counsel and a Congressional committee issued scathing reports on the criminal discrimination and harassment against the journal's editor merely for allowing the ideas to be published. The reports and other documents are here.


The staff investigation has uncovered compelling evidence that Dr. Sternberg’s civil and constitutional rights were violated by Smithsonian officials. Moreover, the agency’s top officials—Secretary Lawrence Small and Deputy Secretary Sheila Burke—have shown themselves completely unwilling to rectify the wrongs that were done or even to genuinely investigate the wrongdoing. Most recently, Burke and Small have allowed NMNH officials to demote Dr. Sternberg to the position of Research Collaborator, despite past assurances from Burke that Dr. Sternberg was
a “Research Associate in good standing” and would be given “full and fair
consideration” for his request to renew his Research Associateship.2 The failure of Small and Burke to take any action against such discrimination raises serious questions about the Smithsonian’s willingness to protect the free speech and civil rights of scientists who may hold dissenting views on topics such as biological evolution.


Major findings of this staff investigation include:


Officials at the Smithsonian’s National Museum of Natural History created a
hostile work environment intended to force Dr. Sternberg to resign his position as a Research Associate in violation of his free speech and civil rights...

The hostility toward Dr. Sternberg at the NMNH was reinforced by anti-
religious and political motivations...

NMNH officials conspired with a special interest group on government time
and using government emails to publicly smear Dr. Sternberg; the group was
also enlisted to monitor Sternberg’s outside activities in order to find a way to
dismiss him...

Indeed, NMNH officials explicitly acknowledged in emails their intent to pressure Sternberg to resign because of his role in the publication of the Meyer paper and his views on evolution...

In emails exchanged during August and September 2004, NMNH officials
revealed their intent to use their government jobs to discriminate against
scientists based on their outside activities regarding evolution...

Secretary Small and Deputy Secretary Burke have exhibited a head-in-the-sand attitude toward wrongdoing at their agency; they have engaged in stonewalling and spin rather than dealing forthrightly with the discrimination that has occurred...

The issue is not the disagreement of Smithsonian scientists with Dr. Sternberg’s views on evolution, but rather their effort to use their official powers to punish Dr. Sternberg by seeking to remove him as a Research Associate, and their effort to publicly smear him with false information on government time using government emails. More broadly, NMNH officials have made clear their intent to prevent any scientist publicly skeptical of Darwinian theory from ever being appointed as a Research Associate, no matter how sterling his or her professional credentials or research.


In addition to the overtly criminal campaign of harassment against editor Sternberg, Myers' research paper was excoriated in many scientific circles. Notably lacking were any substantive refutations, or even cogent discussions, of the content of the paper.


The paper is here. Please read it in its entirety. It is a fine summary of the design argument.

After you read it, consider that this viewpoint is considered so dangerous to Darwinist 'scientists' that they went to radical means to bury the paper and to professionally destroy those who wrote it and published it. Why was a single paper in a relatively obscure journal judged so dangerous that extraordinary means had to be taken to repudiate it and punish the scientists responsible for writing and publishing it? What was so dangerous about it? To whom, or to what, was it dangerous?

When you consider the science that Meyer explains so well, you will understand why atheists find these ideas so threatening that they violate the most basic precepts of scientific discourse and simple civility to censor them. They even broke the law to punish the editor of the journal.

Have no illusions about Darwinists and atheists. This is what they do to scientists who tell the truth about biological origins.
Posted by mregnor at 6:00 AM