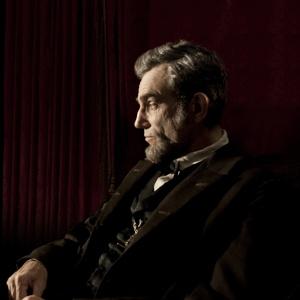 I saw Steven Spielberg's Lincoln last night with my son.

One of the best films I've seen in years. The cinematography and screenwriting are exceptional, and the acting is magnificent. Daniel Day-Lewis is astonishingly believable. I really felt as if I were watching and listening to Lincoln. I have long loved the 16th president-- he was a man of remarkable grace, intelligence and integrity-- and the movie makes him real. An amazing accomplishment.

It is not an action movie-- it is nearly all political dialogue, centered on the struggle to ratify the 13th Amendment in the House of Representatives. But despite the lack of car-chase scenes and explosions, even my 12 year old enjoyed it (he's a history buff).

There's much to like if you're a Christian conservative-- Lincoln's profound spirituality is displayed, and the term "Democrat" is an expletive. There is even an emphatic reference by the Great Emancipator to the rights of the unborn-- he was referring to unborn black Americans, who he hoped to save from enslavement. The reference was striking-- "unborn" was sharply emphasized. Could it be that Spielberg (a liberal Democrat) understands that the battle for innocent life is the modern battle against slavery? Slavery and abortion are predicated on the same execrable moral assertion-- that there are some human beings who are not persons. The moral assertion that slavery and abortion share is that the weak may be used and disposed of according to the interests of the strong. It is an assertion that Lincoln fought with his whole being. He died fighting it.

Whatever your political leanings, Lincoln is a movie that must be seen. Oscar subito!
Posted by mregnor at 9:56 AM