Why did Savita die? 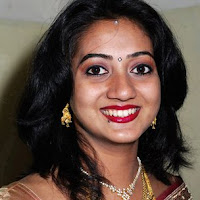 You probably have read of the furor over the tragic deaths of Savita Halappanavar and her child. Ms. Halappanavar was a 31 year old woman who died recently in Ireland from a blood infection associated with premature labor (she was 17 weeks pregnant). The story is complex, and official investigations are underway, but there are reports that she and her husband requested that delivery of her pre-viability child be induced. Her husband reported:

“They said unfortunately she can’t because it’s a Catholic country,” Mr Halappanavar said.

“Savita said to her she is not Catholic, she is Hindu, and why impose the law on her.

“But she said ‘I’m sorry, unfortunately it’s a Catholic country’ and it’s the law that they can’t abort when the foetus is live.”


There have been several thoughtful analyses of this tragedy. A commentor on Elizabeth Scalia's blog provides a professional view:

I am a critical care physician and have a great deal of experience treating septic shock as well as a fair amount of experience treating critically ill pregnant woman. Much of this story sounds incomplete and wrong. We of course do not have the clinical details so some of what is being said is no doubt speculation. That said however it it is difficult for me to imagine a situation where the was a medical indication to abort the pregnancy, if of course the unborn child is already dead, then there is no ethical issue. Lets start with the first scenario. It sounds like most likely that patient has Chorioamnionitis, which is a common infection in pregnant women, often associated with miscarriage but rarely not commonly bacteremia. The treatment is antibiotics, and in the case of sepsis organ support. Termination of the pregnancy is not a routine part of the treatment and in fact since most cases occur in the last trimester, even in the abortion mad culture we live in, this is not typically done. In fact the baby may be delivered to prevent neonatal harm.

Another possibility would be a septic abortion, or an infection in the uterine cavity because part of the dead unborn child is retained. This is possible and is treated with antibiotics, support and removal of any retained parts of the unborn child that remain in the uterus. Surgically the procedure is identical to an abortion, but obviously morally it is not an abortion at all since the child is dead. Other causes of sepsis are possible in a pregnant woman, as they are in any adult, including a perforated bowel, pneumonia, pyelonephritis (an infection of the kidney) and these may be associated with spontaneous abortion, but none of them are treated with induced abortion. In fact since this woman had her uterus evacuated 4 days before death, then to the extent that the uterine contents had anything to do with sepsis it was treated. She died 4 days later.

As it stands we do not know the details but I do not believe this woman died because she was not given an abortion. It is quite possible that her sepsis and medical management were suboptimal, or it might just be that she died in spite of optimal treatment. I think what is obviously going on is that the political left ( and it is the political left Ms. Scalia much as you like to wink and nod at them) is on a Jihad to make pro-life sentiment seem extreme by distorting the facts to a public that is clueless when it comes to most things but especially science in general and medicine in particular. We saw a similar drill in the Arizona abortion case involving the woman with pulmonary hypertension. Left out of all of the coverage was the fact that the modern management of PAH allows for therapies that make delivery of the baby possible, ( although with increased risk) but that the pregnancy was terminated when the baby was in the first trimester and significant risk does not acrue until much later in pregnancy and which would allow for time to treat the PAH. None of this was discussed, not even in the Catholic press or Catholic blogosphere ( one would think some Catholic blogger would have found a doctor and asked does this make sense to you? Well this is the same thing. This story sounds to me like it is being manipulated as pro-abortion propaganda. Finally Abortion is legal to save the life of the Mother in Ireland. ( leaving aside for the moment the moral distinction between direct abortion which is never morally acceptable and indirect abortion which can be in cases in which the mother’s life is threatened) In Ireland they already allow for abortion if they think it necessary to save the life of the Mother, so.. I think what is going on here is that the left wing pro-abortion media is distorting the facts of this case to make pro-lifers seem extreme. They are trying to do what the gay lobby has done, made opposition seem immoral in itself. We should resist this.

I don't have any inside knowledge of the facts of the case, and I am not an obstetrician nor a critical care specialist, but as a physician I can make some general points.

It is most likely that Ms. Halappanavar's blood infection was caused by infection of the amniotic fluid (chorioamnionitis), which may have been the cause or the result of the premature labor. The child was alive when she was initially evaluated, so the child was not the source of the infection. There are reports that antibiotic therapy was delayed by several days, which almost certainly is relevant to her subsequent death from overwhelming infection.

Was the delivery of the child delayed because of Catholic moral teaching? Abortion proponents misrepresent the Catholic Church's position on delivery of the fetus to save the life of the mother.

… if, for example, the saving of the life of the future mother, independently of her pregnant condition, should urgently require a surgical act or other therapeutic treatment which would have as an accessory consequence, in no way desired or intended, but inevitable, the death of the foetus, such an act could no longer be called a direct attempt on an innocent life. Under these conditions the operation can be lawful, like other similar medical interventions …

Delivery of Ms. Halappanavar's pre-viability child is licit under Catholic moral teaching, because the direct intent is to save her life, and the death of the child is not intended and is not a prerequisite to saving her life.

But is is quite possible that the delay in delivery of her child was not the central issue in her death anyway. The alleged delay in administration of antibiotics-- by several days-- if true, probably plays a much larger role in her death.

It's worth noting that Catholic Ireland is one of the safest places in the world to be a pregnant mother.  Maternal mortality rates are lower in abortion-free Ireland (6 per 100,000) than they are in the abortion-infested United States (8 per 100,000). It's hard to argue that Catholicism makes Ireland a dangerous place to be pregnant.

May God bless Ms. Halappanavar, her child, and her family, and may the truth not also be a victim of this tragedy.
Posted by mregnor at 6:00 AM