David French on the Obergefell Coup 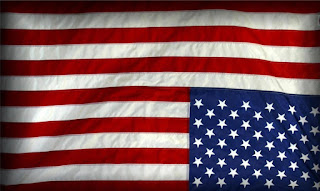 This is a must read.

It’s not the first time the Supreme Court has stepped into the most consequential of legal questions, removed them from the Democratic process, and did so by essentially making it all up. The Court’s horrific Dred Scott opinion helped spark the Civil War. Roe v. Wade legalized mass murder. And the instant after each judicial coup, its defenders solemnly invoke the “rule of law” to force the masses to comply. Yet the rule of law requires both lawful enactment and lawful enforcement.

In fact, the rule of law has increasingly become a mere talking point, a weapon wielded by the Courts and the Obama administration when it likes a given legal outcome, but disregarded when pesky things like “democracy” and “procedure” interfere with the demands of social justice. For the Obama administration, even proper regulatory rulemaking can be too burdensome. Rule by executive order or even departmental letter replaces constitutional process, with the social-justice Left cheering every step of the way...

I have deep respect for the rule of law, for our Constitution, and for our federalist democratic traditions. And that’s exactly why I have no respect for Roe, for Obergefell, or for any assertion that enforcing those revolutionary acts represents American constitutional government in action. Kim Davis committed a lawless act. But so did Justice Kennedy. His superior power and influence does not change that salient fact. The American people are indeed “ruled,” but increasingly it is by men, not law.

I disagree by the way that Davis committed a "lawless act"-- she was fully within her Free Exercise rights, and both federal and state law required that her constitutional right to Free Exercise of Religion be accommodated in the least coercive manner (i.e. that the couples be referred to another clerk in another county), which the judge (criminally) failed to do.

Kennedy, Ginsburg, Breyer, Sotomayor, and Kagan are the people who broke the law. In a just nation they would already be impeached, removed and on trial for violating the constitutional rights of 300 million people.

Read the whole thing. It is the best analysis I've read of our nation's crisis of democracy and judicial lawlessness.
Posted by mregnor at 7:13 AM