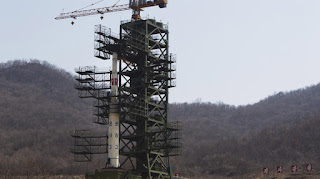 It looks like North Korea, the world's showcase of State 'I've been to the future and it works' Atheism, is preparing to launch its new long-range rocket. You wonder how many North Korean citizens had to starve to buy the fuel for this worthless monument to Communist manhood.

It's worth noting that North Korean long-range missiles are named with the suffix "-dong". 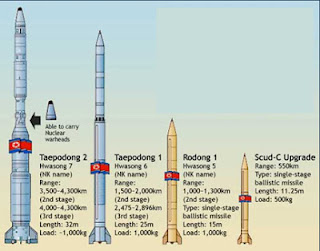 Kinda tells the story of the whole DPRK nuclear project.
Posted by mregnor at 7:33 PM